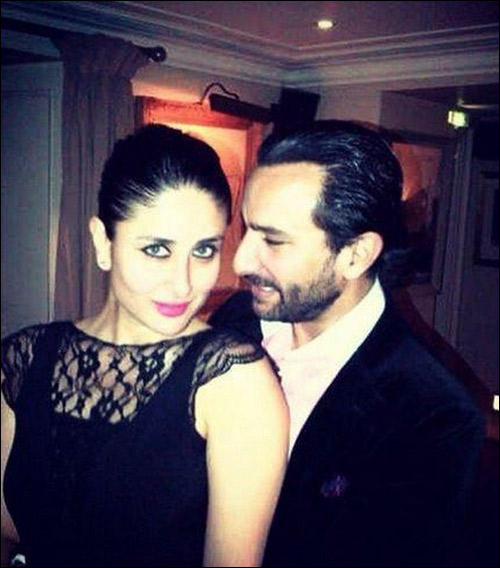 Earlier we had reported that Kareena Kapoor whose film Singham Returns has been doing well at the box office would be out of the country during the film's release to bring in hubby dearest Saif Ali Khan's birthday. Well as expected, the surprise birthday bash celebration in London was a lavish affair.

The party was attended by Saif Ali Khan's school friends and his eldest daughter Sara, but it was Kareena Kapoor who stole the show looking stunning in a black dress jazzed up with fuchsia lip colour. Rivaling her was the nawab himself Saif Ali Khan, who exuded sophistication in his tuxedo.

On the film front, Kareena Kapoor who has just finished with Singham Returns will commence shooting Kabir Khan's Bajrangi Bhaijaan alongside Salman Khan while Saif Ali Khan, who is currently shooting for Kabir Khan's film Phantom, will later commence work on Reema Kagti's next.