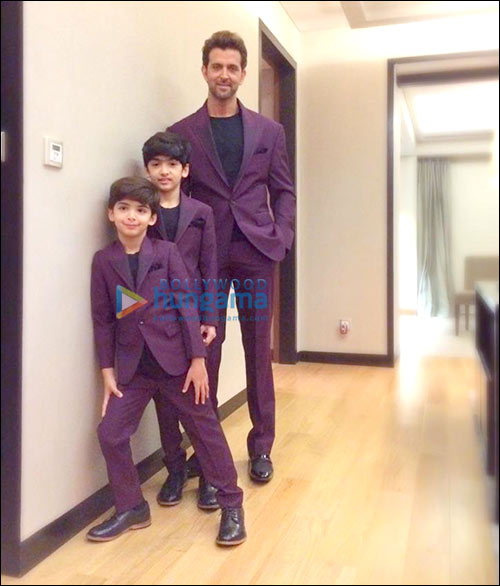 Hrithik Roshan was recently awarded the Brand Visionary of the Year Male award at the International Advertising Association (IAA) Awards for his brand HRX. The actor attended the awards function along with his sons Hridhaan and Hrehaan. However, the interesting part was that the trio was seen sporting similar outfits.


Later tweeting about the same, Hrithik Roshan posted an image on twitter saying, "My inspiration and I. All dressed up for the#iaaawards last nite. Fun n fearless.#HRX". Later, the actor who launched his clothing brand in February, took to Twitter to share the news about the award with his fans saying, "Proud 2 rec d award frm @jayantsinha RT @hrxbrand: Brand Visionary Of The Year Male At #IAAAwards For #HRX".


On the film front, Hrithik Roshan who was last seen in Bang Bang is currently working on Ashutosh Gowarikar's Mohenjo Daro.