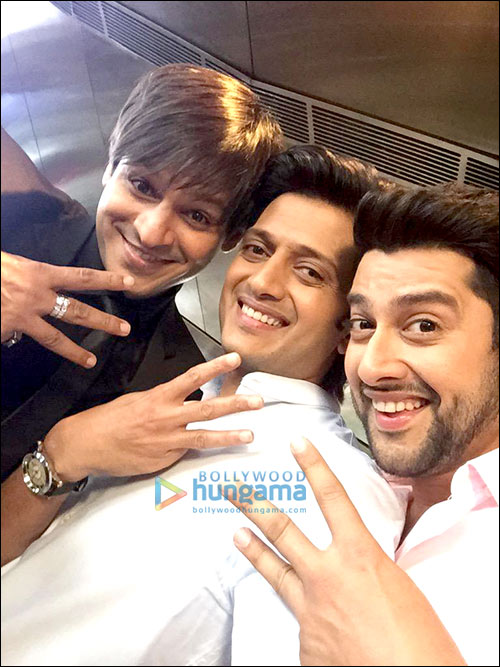 The second installment of the Masti franchise, Grand Masti, tasted huge success at the box office in 2013, with it being the first film in the sex comedy genre entering the 100 crore club. Soon after that, the makers had decided to come up with the third installment Great Grand Masti and it seems that the film is all set to go on floor already.

Riteish Deshmukh, who after much contemplation decided to be a part of the film, gave us a sneak peek into the characters of the film, Amar Meet and Prem by sharing a selfie on the micro blogging site with his co-actors Aftab Shivdasani and Vivek Oberoi.

Interestingly, Riteish Deshmukh had long ago mentioned that he is done with sex comedies because of the fear of getting typecast. However, after the announcement of Great Grand Masti, soon we reported that Riteish Deshmukh too will be a part of the trio. The actor decided to change his mind after listening to the script of this laughter riot.

Directed by Indra Kumar and produced by Ashok Thakeria along with Balaji Motion Pictures, Great Grand Masti is looking for November 2015 release.