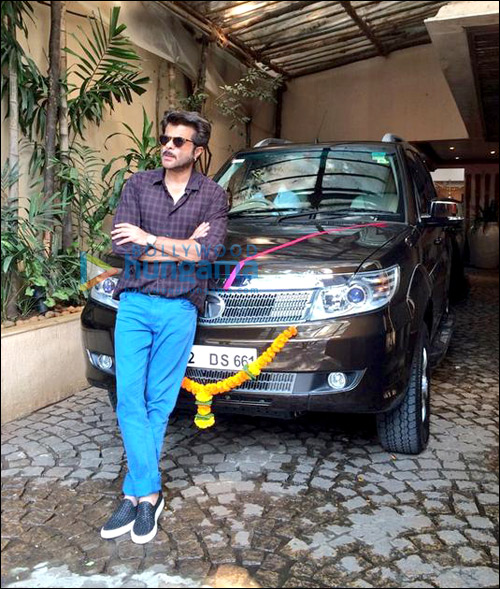 Anil Kapoor recently tasted success with the release of his production Khoobsurat starring his daughter and actress Sonam Kapoor. And now the veteran actor is busy preparing for the second season of his popular TV show '24'.


While the world is celebrating Dussehra, Anil Kapoor too has been rejoicing the occasion that defines the new beginning of many endeavors. The actor posted a picture with a brand new SUV from Tata stating it as his Dussehra gift. He said, "Thank you #TataSafarion24 for this lovely #Dusshera present. Looking forward to #24india season 2. @24onColors" Anil Kapoor announced the second season of '24' after his first season garnered rave reviews from audiences.


'24' is an Indian adaptation of the American series by the same name where Anil Kapoor plays the chief of Anti Terrorist Unit. This was one of the first TV show of its kind, directed by Abhinay Deo and the first season saw many popular actors playing prominent roles; Tisca Chopra, Mandira Bedi, Neil Bhooplam, Shabana Azmi were some of them amongst others.