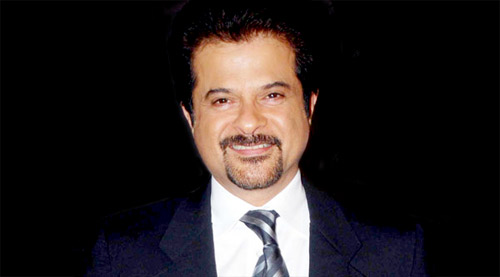 
There had been news reports that Anil Kapoor had apprehensions about Ram Lakhan being remade by Dharma Productions and Mukta Arts with Rohit Shetty at the helm of affairs. During the course of the conversation with me and other journalists, Anil clarified on the matter by stating, "There was a small article that appeared. Why should I have any apprehensions! I've always gone for characters. When I go out in public, people call me by my character names like Munna, Majnubhai, Lakhan, Eeshwar, Mr. India, Saheb. They repeat my lines. After Slumdog Millionaire, if I am on the streets of Los Angeles, people repeat my lines; even the goras would do that. After 24, people knew me as Omar Hasan or now as Jai Singh Rathore. I've always wanted to be an actor; by chance I became a star. Why should I have any apprehensions?"


There is speculation that Arjun Kapoor may be essaying Lakhan in Ram Lakhan remake. In numerous television interviews and shows, Arjun has displayed a flair for his Lakhan-isms. "I'll be very happy if Arjun plays Lakhan. It's a very simple role, anyone can do it. I just had a lot of fun," Anil said. He also made it clear that he doesn't look back at his past work by saying, "I believe in moving on. I feel very bored talking about work that I've already done. I don't romanticize my past. I always believe in moving ahead in life. Talk about the future films that I'm doing. Let's talk about something intellectual, something with a lot of depth, something that's' good for the film industry, something that will raise the bar, something that no one has done before."