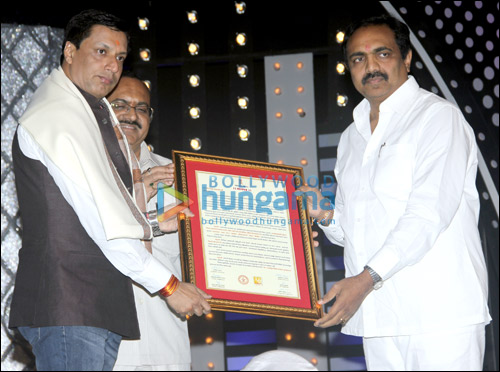 Director Madhur Bhandarkar was conferred yesterday (on 12th august) with Raj Kapoor Smriti Award for excellent contribution to Indian Films. Interestingly, the director will be donating the winning prize amount (Rs. 3 lakhs) for rehabilitation of families affected by landslide in Pune some days back.

Earlier too when Madhur had won the National Award in 2007, for film Traffic Signal, he had donated the winning amount of Rs. 3 lakhs to two families affected by Farmer's suicide in Buldana and Yavatmal district.

In fact Madhur Bhandarkar has been associated with many charitable organizations. He had earlier donated money for knee replacement surgery of Dalit Poet Namdeo Dhasal. According to a source close to him, "Madhur Bhandarkar has always been donating any prize money that he gets from various organizations. For him, this is his small way of giving back to the state that has given him everything."