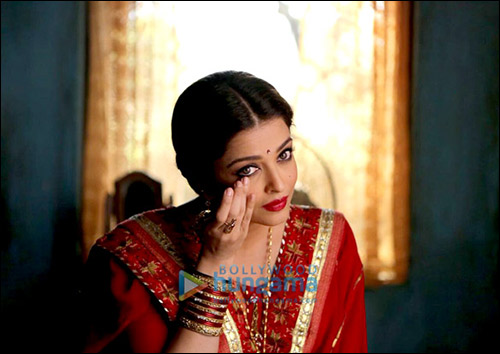 Aishwarya Rai Bachchan is all set for the upcoming Omung Kumar directorial Sarbjit in which she will play the role of Sarabjit Singh's sister Dalbir Kaur. From a quintessential Punjabi girl to an old woman, the film will see the actress sporting varied looks and here is yet another avatar Ash will be donning in the film.


In this picture, we get to see the glamorous side of her Punjabi character, as she is seen wearing an ethnic red outfit, traditional jewellery with braided hair. Sarbjit is said to be a film based on the life of Sarabjit Singh, a Pakistani prisoner whose story will be told from the eyes of his sister Dalbir Kaur, who has played a major role in fighting for his justice. Mistaken to be a spy, when Sarabjit Singh crossed the border in high spirits, he was not only sentenced to imprisonment in Pakistan jail but he was also killed by his jail inmates.


Besides Aishwarya Rai Bachchan, the film also stars Randeep Hooda as Sarabjit, Richa Chadda as his wife Sukhpreet and Darshan Kumar. Produced by Pooja Entertainment and T-Series, the film is slated to release on May 20.