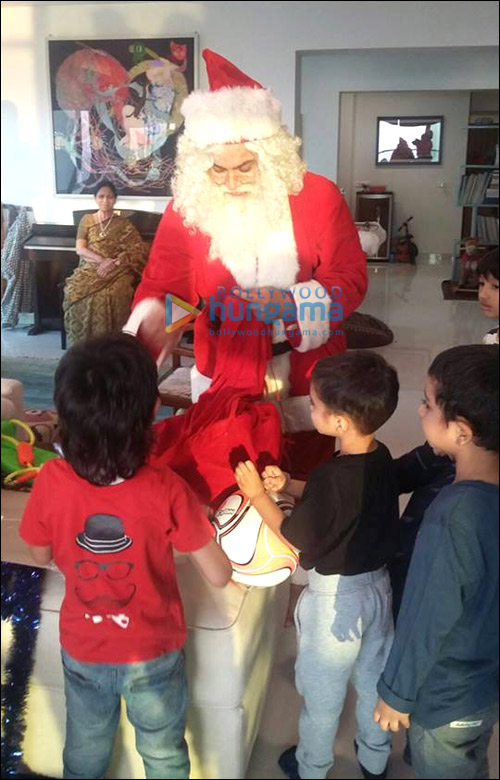 It is a well-known fact that Aamir Khan is a doting father and the actor has never shied away from expressing his love for kids. After meeting one of his teen fans for Christmas, the actor now decided to turn Santa Claus for the kids.

The actor also shares a special bond with this festivity since almost all his popular films release around the Christmas season. Though this year the superstar did not have any release this year, Aamir Khan next tiled Dangal will be releasing during this occasion in 2016. The said film is a biopic of wrestler Mahavir Phogat and is directed by Nitesh Tiwari.