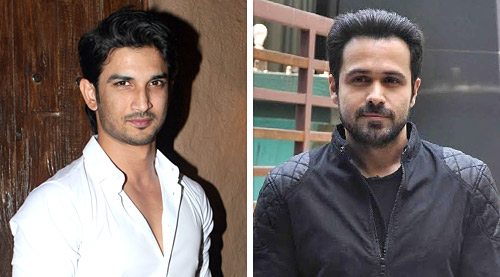 Coming year will see cricket and cricketers getting prominence in Bollywood.

Barring Lagaan, so far, the films about cricket and cricketers like
All-Rounder, Awwal Number, Victory and Patiala House have not had
much luck at the boxoffice. The John Abraham-David Dhawan's
collaboration over cricket in Hook Ya Crook got shelved.


Now, in a bid to bring cricket seriously into cinema, two bio-pics on
two legendary cricketers are being shot almost simultaneously by
different producers.


While Ekta Kapoor's bio-pic on Mohammad Azhrauddin to be directed by
Tony D'Souza, focuses extensively on the controversial chapters from
the cricketer's life, including the death of his son and the separation
from wife actress Sangeeta Bijalani, the Dhoni bio-pic directed by
Neeraj Gupta more on the cricketer's rise from a player in Jharkhand
to the captain of the Indian team.


Says a source close to the Dhoni bio-pic, "A lot of Dhoni's saga was
written in the playing field. Sushant Singh Rajput has to practice
hard to look convincing playing like Dhoni, whereas, Emraan didn't need
to become an expert cricketer to play Azhar bhai, as the film will
focus more on his life than game."


Says a source, "As far as knowing Dhoni and Azhar Bhai is
concerned, Sushant has an advantage as he has met Dhoni a number of
times."


Would the two cricket bio-pics break the jinx on films related to
cricket and cricketers?