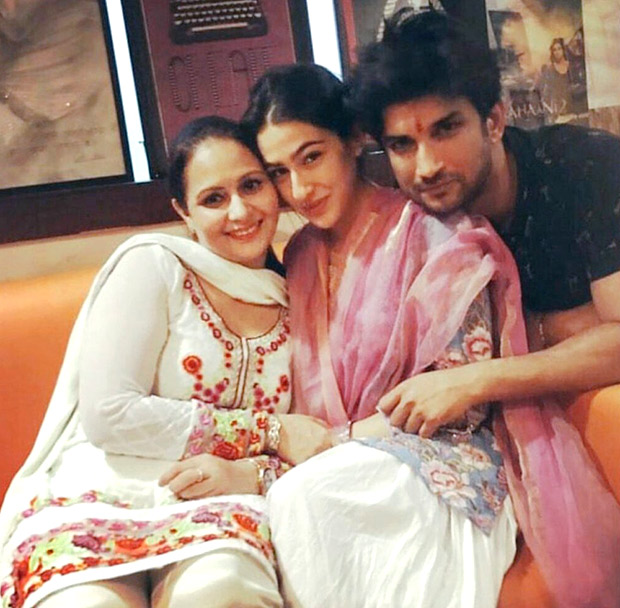 The film Raabta may not have worked as Sushant Singh Rajput might have expected, but the failure does not seem to have slowed him down. Sushant Singh Rajput, who has interesting films in the pipeline, is currently prepping for Abhishek Kapoor’s Kedarnath with Sara Ali Khan. While Sushant has earlier worked with Abhishek Kapoor, this movie will mark the debut of Saif Ali Khan and Amrita Singh’s daughter Sara Ali Khan.

Both the actors began the prep for the film a few days ago by doing the readings together. Sara Ali Khan and Sushant Singh Rajput have taken off to Dehradun to begin the shooting. It seems like the two co-stars are already bonding well. We came across a photograph of two of them posing together. While Sara is dressed in an Indian outfit, Sushant has donned casual look in the photograph. The film is scheduled to begin on September 3 near Dehradun.

Directed by Abhishek Kapoor, Kedarnath will be an emotional and riveting story set in India’s heartland where a romance unfolds. Sara Ali Khan will be playing the role of a rich tourist in the film while Sushant Singh Rajput will be playing the role of a pithhoo. Produced by T-Series, KriArj Entertainment, Guy In The Sky Pictures in association with Balaji Motion Pictures, the film is scheduled to release in 2018.