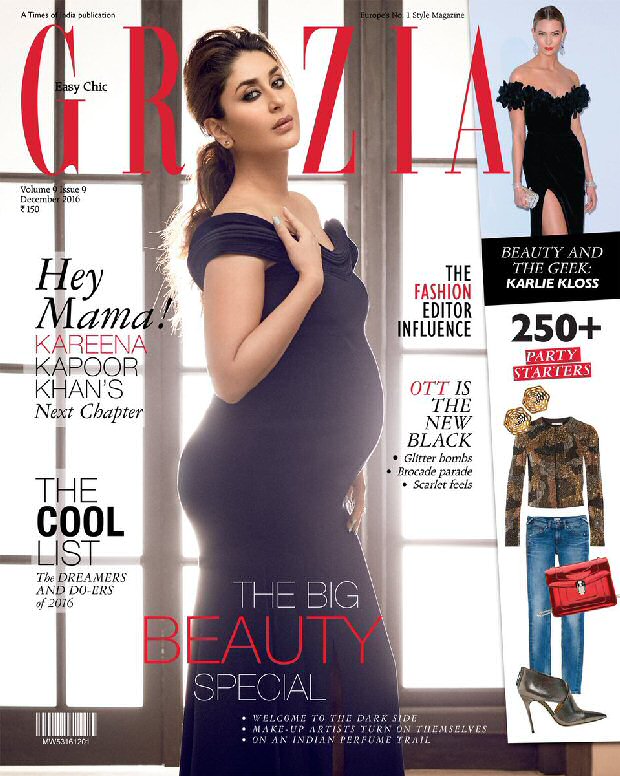 Kareena Kapoor Khan is currently swooning her fans with her pregnancy style statement and glow. Recently, Kareena's father Randhir Kapoor had revealed that her due date of delivery is on December 20, 2016.

The mommy-to-be Kareena Kapoor Khan is ending the year in style as she has been featured on the cover of Grazia India magazine. She has definitely upped her fashion game with her bang on maternity style. She is owning the cover in a body-hugging navy blue dress designed by Gaurav Gupta. Smokey eyes, Swarovski jewellery and tied up hair is making her simple look stand out. The caption on the cover says, "Hey Mama! KAREENA KAPOOR KHAN'S Next Chapter."

Sonam Kapoor too could not stop gushing about the cover and shared some beautiful words about Kareena. She wrote, "How beautiful is my friend! #begum you are killing it.. and so is #begumsbump !!!❤️️❤️️❤️️ can't wait to see my niece/nephew soon! @therealkarismakapoor @rheakapoor @poonamdamania @tanyaghavri."