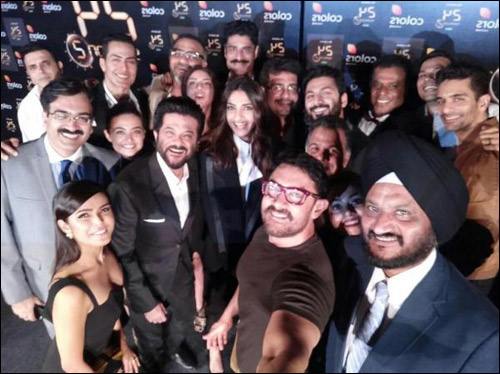 Anil Kapoor made his television debut in 2013 with Indian adaptation of the American TV series 24. The show received a positive response from the audience in its first season itself. Yesterday, the Anil Kapoor along with the team of 24 launched the trailer of the second season which will air on colors tv.

At the trailer launch, Aamir Khan praised the quality of work that is happening on television with shows like 24. He absolutely loved the trailer and on the scale, it was made. He felt like he watching a movie.

Anil Kapoor is back as Anti-Terrorism Squad agent Jai Singh Rathore in the espionage thriller 24, which will be aired on Colors from July 17 onwards.