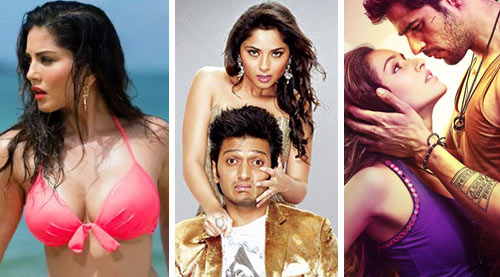 Time and again one comes across guidelines from Censor Board when it comes to a film being adjudged suitable enough to be screened for public viewing. While many in the past have been vocal around the many stances that Censor Board has taken when it comes to issuing cuts before a certificate is issued, the topic has never been out of fashion. What also remains permanent is the pain that filmmakers experience practically every week, while keeping their fingers crossed around what would remain, and what would eventually go.

In that aspect, writer Milap Zaveri still managed to go scot-free for his adult comedy Grand Masti in which quite a lot of risque content was passed by the Censors. Later, they didn't quite mind the violent narrative of Ek Villain.

"I think it's extremely childish to put such curbs on film makers. When a film is certified for adults then how does it all matter? If I have the right to vote and choose my Government, I should have the right to see what I choose to," says Milap in a matter of fact tone. Well, now that he has Sunny Leone all for himself with his next directorial outing Mastizaade, one pretty much expects him to go all the way.

On the other hand, though director Kabir Sadanand was fortunate as he got the title that he wanted, what with his Fugly being passed without much ado, he truly believes that it is high time there was censorship on 'far more important issues'. He says, "Smoking and drinking are a reality of life and films are representation of the same. Binding directions with such rules would only restrict their vision. We have statutory warning before the films in any case. What I find weird is saying that every character who smokes or drinks on screen is a bad person."

For most out there, it is time to bring about a change in Censor guidelines, lest they turn out to be way too ancient. "We are the only country in the world where we are forced to put disclaimers on a running scene. Of course it distracts and takes away from serious or even entertaining storytelling," adds Sanjay Gupta.

The constant worry point is that Censor board would continue to apply curbs all over again and play the 'conservative' card?

"I have always felt that the Censor has been biased, so comment like 'the censor is too conservative' does not hold any ground. Their decisions vary from producer to producer," says Tigmanshu Dhulia, who has traditionally encountered a run-in with the Censors except for Bullett Raja which was due to - in his own words - a 'commercial masala' film. However, he still hasn't forgotten how his Saheb Biwi Aur Gangster Returns, despite no element of sex or nudity, had been awarded an 'A' certificate too, just because the Censors felt that that the extra-marital theme explored in the film was adult!