Tamil-Bollywood heartthrob R Madhavan was among the selected Indian actors who were invited to meet Canadian Prime Minister Justin Trudeau in Mumbai. And Madhavan was as charmed by Trudeau as Trudeau by the actor. 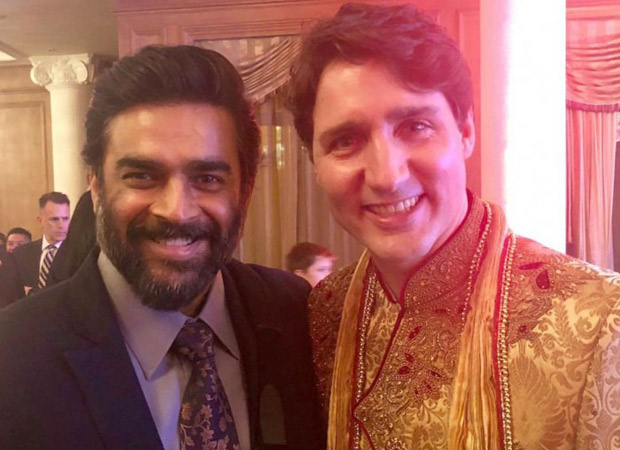 “Or so I’d like to believe,” laughs Maddy. “Before inviting me to meet him they had done their full homework on me. They knew I had very strong ties with Canada. I keep going to the country. And this has been going on from my student days. As a student I went to a place called Stettler in a cultural exchange programme. I spent a year there and lived a life of a complete cowboy, in hats boots and on horses. Since then I’ve been visiting Canada regularly.’

Mr Trudeau seemed fully clued into Madhavan’s Canadian ties. Says Madhavan, “He’s so young for a prime minister and so eager to know more about India and Indian cinema. And he does the most awesome Bhangra.”

Apparently lots of subsidies are being offered to Indian filmmakers to shoot in Canada.

And Madhavan intends to shoot extensively in Canada. “In India we are watching and making successes out of Hollywood films in Hindi, Tamil and Telugu. It’s time for us to go global and return them their favour.”