Yash Raj Films’ Bunty Aur Babli 2, which is set to release worldwide on November 19, 2021, is a rib-tickling comedy that will pit two sets of con artists, from different generations, against as they show their mastery over disguises to outwit each other. In the opulence of Abu Dhabi, the two sets of con-couples have a massive showdown in the form of a spectacular heist that will show extravagant scale! 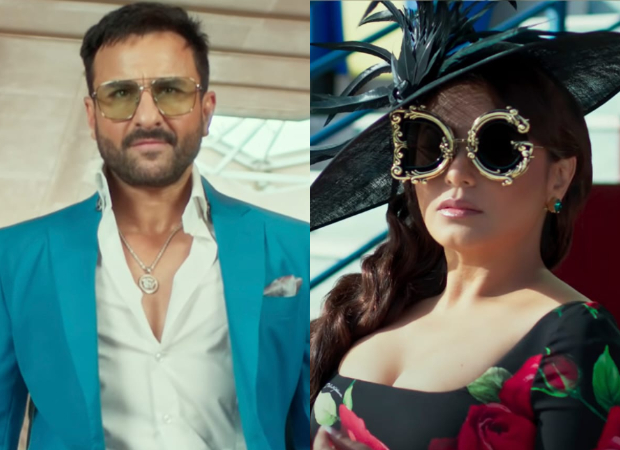 Saif reveals, "The retired con stars are forced to come out of their hibernation by the young con artists. The OG Bunty Babli consider them as upstarts and want to beat them at their own game. So we lay out an elaborate and extravagant con to take on the new couple to teach them a lesson. We set this up in the lavish expanses of Abu Dhabi and Vimmy and Rakesh find their groove like the best con artists that they had always been. We shot in Abu Dhabi with a massive crew because we wanted to have an amazing scale for the con. We had one of the biggest outdoor crew that I have worked with. It was all about opulence but shot in a really hilarious way in the true Bunty Babli manner. I’m sure audiences will love how the OG’s clean up if they have to."

Rani elaborates, “This is one of the biggest highlights in the film and YRF has left no stone unturned to show how the original Bunty and Babli transform themselves to take the fight to the new con artists who think they can beat us hollow.”

She adds, " Abu Dhabi was perfect for this showdown between the originals and the new con-couples because Abu Dhabi as a city in itself is grand and we were lucky to have that grandeur in our film. We also shot wearing designer clothing so everything about the Abu Dhabi outdoor was reeking of grandness from the word go."

Yash Raj Films’ Bunty Aur Babli 2, which releases on November 19, is an out-and-out comedy that will pit two sets of con-artists called Bunty and Babli, from different generations, against each other! Saif Ali Khan and Rani Mukerji play the OG Bunty Babli while Gully Boy hunk Siddhant Chaturvedi and the gorgeous debutant Sharvari, play the new Bunty Babli. It has been directed by Varun V. Sharma.