A new remix of 'Savage Love' dropped on October 2 and it featured the world's biggest band - BTS. After teasing the collaboration with a TikTok challenge video featuring all members - RM, Jin, Suga, J-Hope, Jimin, V, and Jungkook along with a 17-year-old producer and TikTok sensation Jawsh 685 and Jason Derulo, the song was released along with a lyric video. 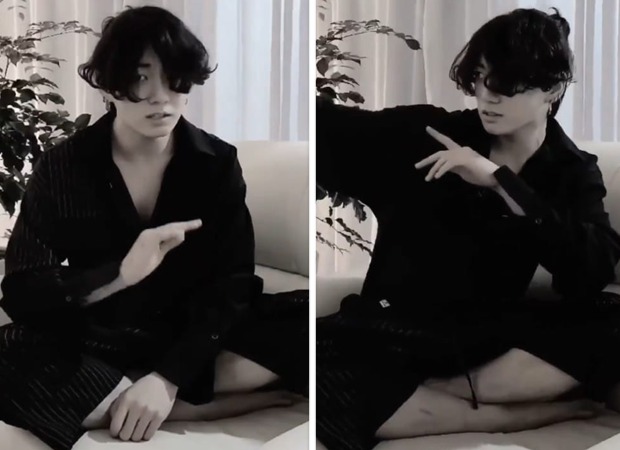 On October 8, Jungkook shared a video of himself singing 'Savage Love' remix along with the background. Flaunting his pitch-perfect vocals, the 23-year-old musician once again proved he is a vocal king. His heavenly vocals are always praised by the group, peers, and fans.

In the video, he is dressed in A Nothing Stripe and plain combination shirt ($80) and pants ($67), he flaunted his new hair-do - permed hair tied up in half ponytail.

Jungkook takes the lead with English verses of 'Savage Love' whereas BTS member Suga croons in Korean making sandcastle reference once again. J-Hope also sings in English and Korean. Towards the end of the track, you can hear him harmonizing showcasing his vocal prowess. Suga and J-Hope have been credited as writers along with Jacob Kasher Hindlin, Jawsh 685, Phil Greiss, and Jason Derulo.

This year, BTS participated in two collaborations and Jungkook featured in both of them - Lauv's song 'Who' along with Jimin and the second being 'Savage Love' remix. This year, he also dropped three self-composed songs - one was released during BTS FESTA called 'Still With You', 'Your Eyes Tell' & 'OUTRO: The Journey' that featured on their Japanese album 'Map Of The Soul: 7 - The Journey'.

BTS is currently prepping for their two-day online concerts “MAP OF THE SOUL ON:E”. Held in Seoul, it will be live-streamed worldwide on October 10 and 11.

The group has announced their next studio album titled 'BE (Deluxe Edition)' that contains the most 'BTS-esque' music yet. The latest story from BTS begins by declaring that 'even in the face of this new normality, our life goes on' and imparts a message of healing to fans and to the world."