Based on Garth Ennis and Darick Robertson's comic of the same name, Prime Video's The Boys continues to turn the superhero genre on its head. As the Herogasm episode has lived up to the anticipation as it is supposedly ambitious in terms of what can be shown on television while simultaneously telling a competent story, it seems like the finale of the series is going to bode well. Fans are eagerly awaiting to see how the series will unfold as there's a lot more to know in the upcoming episodes. 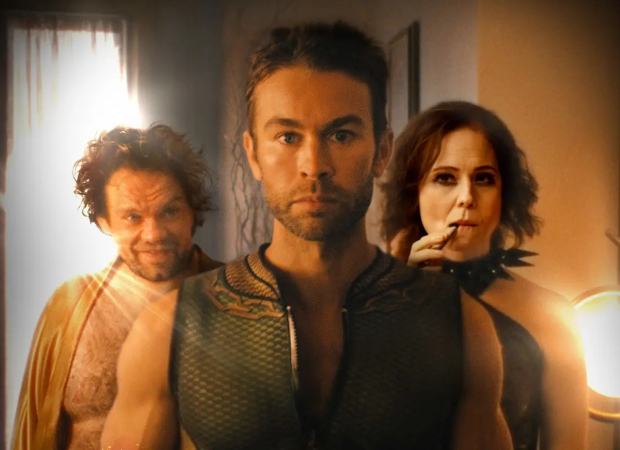 “When we first started prepping it with Nelson [Cragg], the director, and he was showing us what he had planned, I was just like, ‘Wow, are we allowed to show all of that?'” Kripke shares. “They checked with Standards, and there’s like these hilarious rules about how often you can simulate humping and whether or not you can show an erect penis and how long you can show a private part. There’s all these rules, but we were within the bounds of what the rules were. So the answer was we could show it.”

Eric Kripke talks about the difficulty in filming episodes by saying, “The season finale is very ambitious, just because we pulled off like the biggest fight scene we’ve ever done, and that was really hard. But this [Herogasm] is up there. This was so hard to film. It was so difficult.”

Jensen Ackles, while discussing his character Soldier Boy, says, "There's some heavy, heavy secrets that I can't talk about," Ackles said, continuing, "Just know that [showrunner] Kripke has always got stuff up his sleeve and I was, hopefully, just as shocked as you and everyone else will be when I read that particular script and was just like, 'Woah, wait, what?' I had to sit down."