Rubina Dilaik has been getting massive support from the fellow industry people since day one. From performing in the tasks to revealing one of the biggest secrets of her life, Rubina Dilaik has only garnered love and respect on the show. While a lot of celebrities have been lending support to Rubina and appreciating her for being so strong on the show, Bipasha Basu is the latest addition to the list.

Taking to her Instagram stories, Bipasha Basu posted a picture of Rubina Dilaik from one of the episodes and wrote, “Watched #biggboss14! This girl @rubinadilaik16 is one hell of a strong girl! Should surely win. Best of luck to her.” After the story was posted, it went viral in no time as Rubina Dilaik’s fans were grateful to the actress for supporting their favourite contestant. 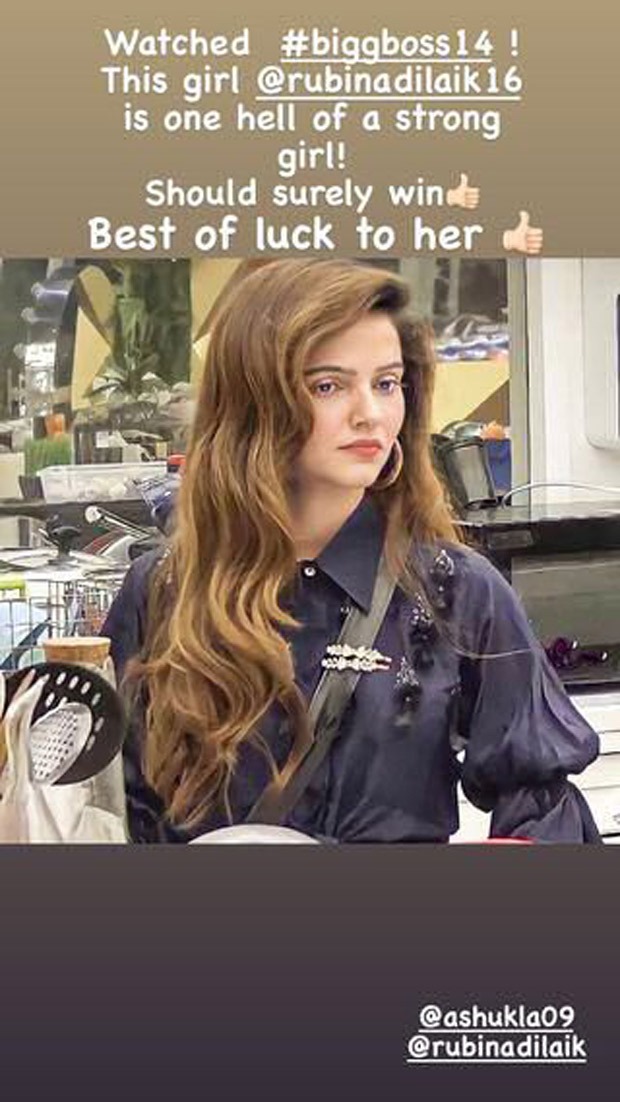 After her husband Abhinav Shukla was evicted from the show, her fans along with him have been supporting her constantly.

Also Read: Bigg Boss 14: Devoleena Bhattacharjee labels Paras Chhabra as a sadist after he declares Rubina Dilaik as the winner