Bigg Boss 14 is back with the new season. The Salman Khan hosted show is currently being aired on Colors TV. The premiere episode aired on October 4. TV actress Jasmin Bhasin is also one of the participants this season and is finding some of the daily household tasks a little difficult. 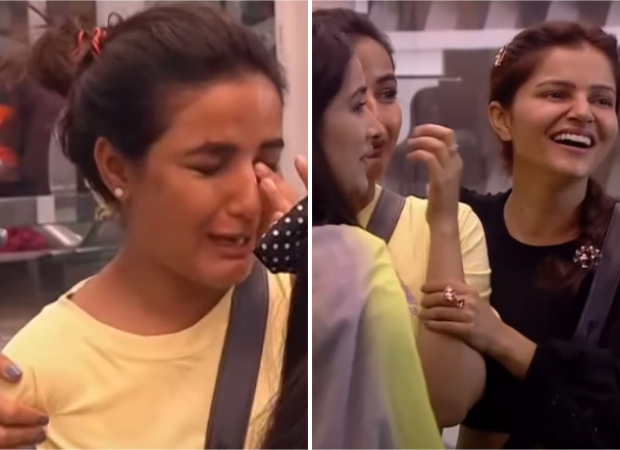 In the latest promo, Jasmin Bhasin is seen ranting about washing clothes with hands. The actress eventually ends up in tears. While complaining about it to Abhinav Shukla, Rubina Dilaik, Sara Gurpal, the latter three housemates find her complains quite hilarious. In tears, Jasmin says, “Kapde dhona kitna mushkil hai, mujhe pata hi nahin tha (I had no idea that washing clothes is such a task)”, as all of them burst out laughing.

Toofani seniors Sidharth Shukla, Hina Khan, and Gauahar Khan, former contestants, are staying in the house and will keep the participants in check for the next two weeks.

ALSO READ: Sidharth Shukla tries the ‘shoe challenge’ in Bigg Boss 14’s house and it’s one of the best ones so far