Last Updated 22.02.2020 | 3:44 PM IST
feedback language
follow us on
Home » News » Bollywood Features News » Bigg Boss 13: Paras Chhabra’s mother asks him to not kiss and hug Mahira Sharma; he accuses his mother of being upset because of Akanksha Puri

It's family week in the Bigg Boss 13 house and all the contestants are getting advised by their near and dear ones. In the upcoming episode, Paras Chhabra's mother will be entering the house. Paras' mother had some serious advice for him regarding his proximity to Mahira Sharma. 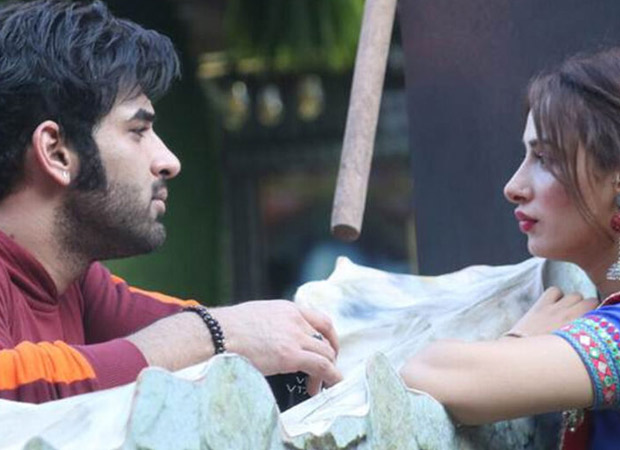 Not long ago, Paras was seen kissing Mahira, of which Mahira herself did not approve. Talking about his game in the house and relation with Mahira, Paras' mother was heard saying, "You came with great energy when you entered the house and were at the top of your game. But since the time you chose to become a Godfather, your energy has dropped. Do not be a Godfather; it does not give out a good image. Everyone is saying that since you held Mahira's hand, your game has dropped. "

Hearing this, Paras said that he has been with her since the beginning of the game. Paras' mother further said, "Leave the corners and focus on your game. No more kissing and hugging. Several women will come and go in your life, but I will get the right girl for you at the end. You better understand this.”

Paras said that Mahira's mother also told him to stay away from her daughter and not to kiss her. To this, Paras' mother said that even she does not like the physical proximity between the two. Meanwhile, Paras tells his mother that she is upset because he also has a girlfriend outside the house.

Akanksha Puri is Para Chhabra's girlfriend. When Paras got close to Mahira, Akanksha in an interview said that she was deeply hurt with how Paras disrespected their relationship.

She said that she was taking care of all of Paras' daily needs. Meanwhile, Paras had once made some shocking comments on his relationship with Akanksha and once, even stated that he tried to end the affair.