Bigg Boss 12 finally came to an end yesterday as Dipika Kakar bagged the trophy. While her fans hailed this decision, many were pretty unhappy with this. Sreesanth was the first runner up, Deepak Kumar became second runner up, and Romil Choudhary and Karanvir Bohra were third and fourth runner ups in that order. For many, Dipika Kakar bagging the trophy was pretty unexpected as they had expected either Sreesanth, KV or Deepak to win this time around. Throughout the show, Dipika was criticised for faking it and acting. She was also accused of using Sreesanth to stay in the show. Twitter gave mixed reaction to Dipika’s winning the trophy. On user wrote, “@ms_dipika congrats for winning the show by just doing 3 months baby sitting for a brat baby @sreesanth36 #DipikaKakkar #BigBoss12 @cricketcomau u can refer her to Tim Paine, he was looking for one.” Another person wrote, “Worst winner male ever prince. Worst winner female ever dipika#BiggBoss12Finale #BBCheatedViewers #BB12” One of the Bigg Boss viewers  even went to the extent of saying, “Dipika won for literally doing NOTHING and being invisible throughout the season Zero entertainment...!!Worst winner in Bigg Boss history.” 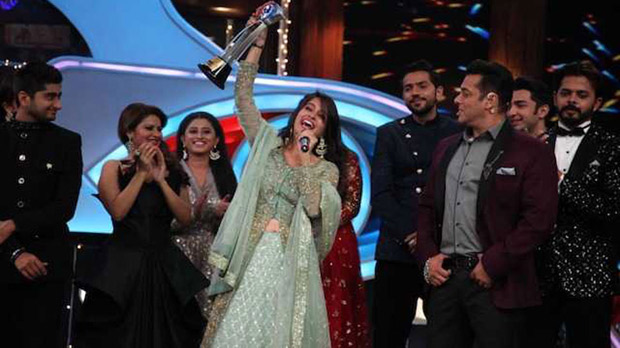 Now I know why everyone says this season is the worst. #Biggboss12 #BB12

A few loyal followers of Dipika hailed this decision and encouraged her to do better in future.