Badhaai Do starring Bhumi Pednekar and Rajkummar Rao is certainly one of the most anticipated films releasing this year. The first part, Badhaai Ho that won the National Award for Best Film featured Ayushmann Khurrana and Sanya Malhotra. The filming began earlier in January in Delhi. 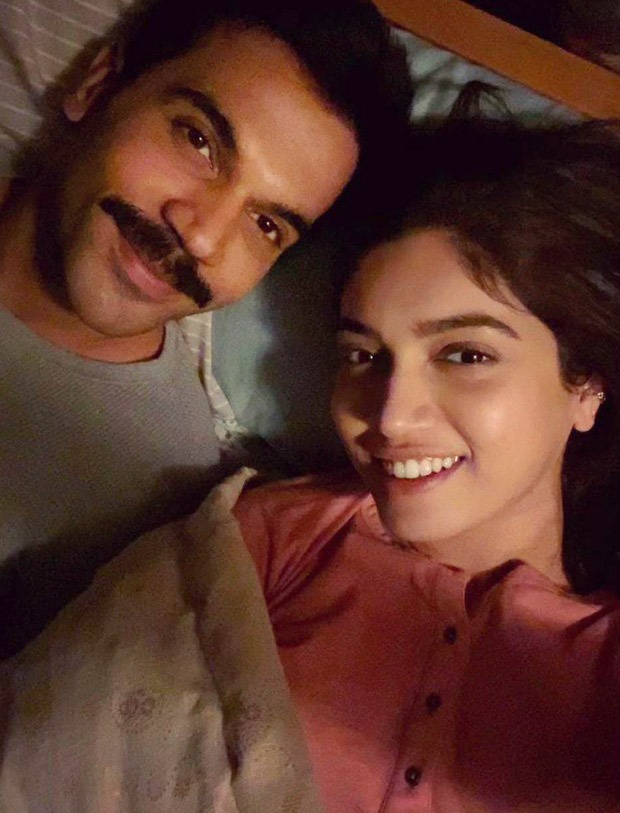 While Rajkummar will be seen portraying the role of a Delhi cop in a mahila thana, Bhumi plays the role of a school PT teacher. A day ago, Bhumi Pednekar shared a cosy selfie with Rajkummar Rao and captioned it, "Do mastane chale zindagi banane, Bande sayane aur naam ke deewane???? #SumiAurShardul #BadhaaiDo." The caption is a song lyric from Andaz Apna Apna.

Badhaai Do is produced by Junglee Pictures, helmed by Harshavardhan Kulkarni, and written by Akshat Ghildial and Suman Adhikary.

ALSO READ: Bhumi Pednekar gets tested for COVID-19 on the sets of Badhaai Do, watch video