Salman Khan has wrapped up Abu Dhabi schedule of Bharat and here are the pictures from the sets which make you desperate for the movie. Well, we all know Sunil Grover is playing an important part in the movie and he was very much a part of the Abu Dhabi schedule. Not just him, Katrina’s on set pic was leaked too. Dressed in all white, she looked beyond sensational. For those who don’t know, Bharat is a film based on Korean movie Ode To My Father and is a dream project of Salman Khan. The movie is produced by Atul Agnihotri, Salman’s brother in law and is a period film based on the pre and post partition period of India. While Salman and Katrina are the lead couple of the movie, Disha is playing a trapeze artiste in the flick. Check out their pics below: 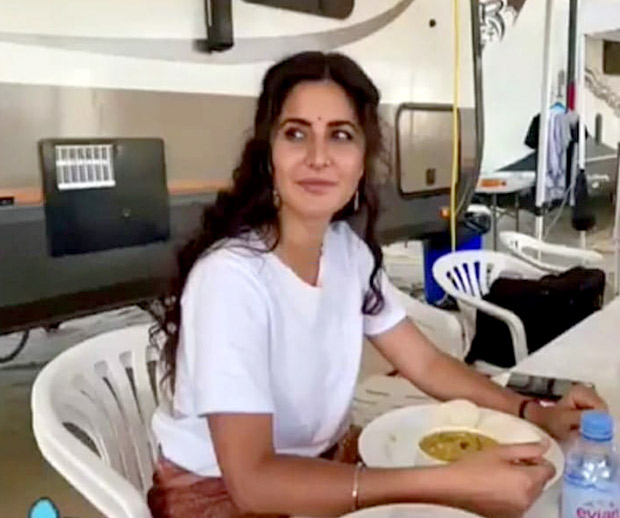 Katrina will also be seen in Thugs Of Hindostan as Surraiyya, the dancer and has a special appearance in Shah Rukh Khan’s Zero. Salman is busy with his television commitments as a host of Bigg Boss 12. Watch out this space for more inside news of Bharat.

Also Read : BHARAT: Salman Khan and Katrina Kaif get protection from UAE army as they shoot at Mezyad Border