Salman Khan has a very jam-packed work schedule. The actor is shooting for Bigg Boss 12 and Bharat simultaneously.  Salman Khan and Katrina Kaif began the next schedule of Ali Abbas Zafar directorial in Ludhiana after wrapping the film in Mumbai. It was learned recently that the makers had recreated Wagah Border in Ludhiana to shoot some crucial sequences. 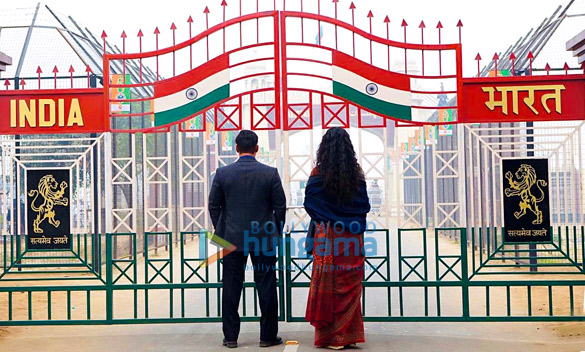 It was earlier reported that due to security reasons, the film could not be shot at Wagah Border. So, the makers decided to recreate the set in Ludhiana to shoot some of the crucial scenes.  On Thursday, Salman Khan shared a still from their shoot in Ludhiana in which he and Katrina Kaif are standing together against the Wagah Border gate. Ali Abbas Zafar captioned the image, "Journey of a man & nation together." Salman is dressed in a suit whereas Katrina is sporting curls while dressed in a saree with a shawl.

In one of the behind the scenes picture, one can witness the beautiful scenic beauty. Salman is posing as Katrina is capturing the moment in her phone. 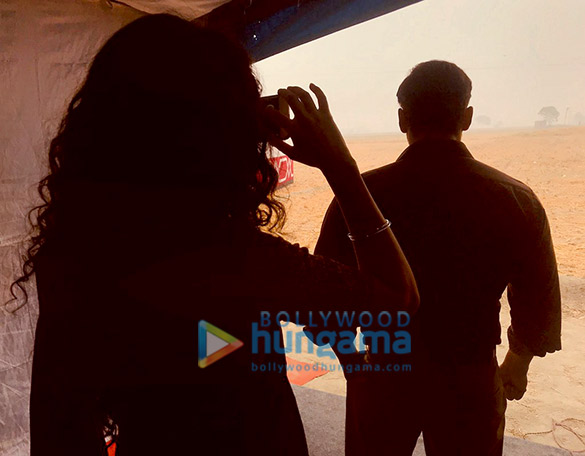 In Bharat, Salman will sport five different looks in the film. Bharat revolves around the story of a son’s promise to his father during the 1947 India-Pakistan partition. The film will also see an ensemble cast of actors like Tabu, Jackie Shroff, Disha Patani, Nora Fatehi and Sunil Grover.

Also Read: Bharat: Salman Khan gets approval from the Ode To My Father makers for the Indian adaptation of the Korean drama