Now that Katrina Kaif has entered the social media world, the actress has accepted that she is in love with the platform. And filmy updates are her favourite posts! In fact, during the shoot of Zero too we got sneak peek into the sets often. And now we have received another glimpse of the happenings on the sets of the Salman Khan starrer, Bharat as Katrina shoots for a dance sequence. 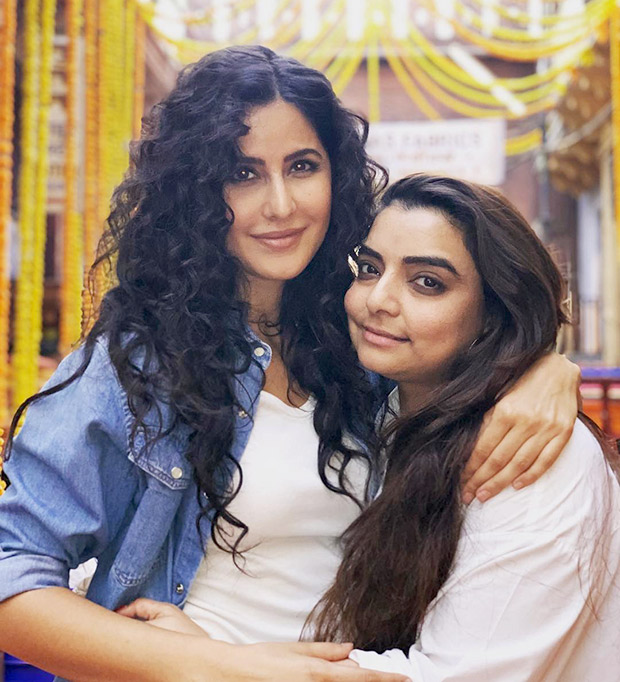 Katrina Kaif recently took to Instagram to share this picture where she is posing with friend and choreographer Vaibhavi Merchant. The photo was clicked on the sets of Bharat where the actress is shooting the said dance number.  Going by the picture and its backdrop, it seems that the song was set amidst a wedding. In our earlier reports, we had mentioned that the two actors, Salman Khan and Katrina were shooting an elaborate wedding sequence at Film City, Goregaon in suburban Mumbai.

Katrina Kaif took to Instagram to share this Vaibhavi Merchant, with whom she has worked on many tracks. She said, “Another one together Thank you masterji @vaibhavi.merchant such respect for your craft and your constant desire to create the best in your work . ??#bharat.”  However, further details of this dance track is expected to be kept under wraps.

Another one together ????Thank you masterji @vaibhavi.merchant such respect for your craft and your constant desire to create the best in your work . ❤️#bharat

Katrina Kaif is expected to sport many avatars just like her co-star Salman Khan as Bharat is expected to be span generations. Being the remake of the Korean drama Ode To My Father, the film will feature the life journey of a man named Bharat and we also got a glimpse of the different looks sported by Salman in the recently released teaser. Directed by Ali Abbas Zafar, the film also stars Sunil Grover, Jackie Shroff, Tabu, Disha Patani in integral roles and is expected to hit the big screen during Eid this year.

Also Read: BHARAT: Salman Khan and Katrina Kaif to feature in three songs set against the backdrop of Indian festivities like Diwali and Holi