They played rivals on screen but their camaraderie off screen will definitely give bro goals. A day ago, Baahubali superstar Prabhas turned a year older and wishes for the South superstar poured in from all quarters. Not surprisingly, amongst the barrage of wishes, he obviously received many from the fraternity including her Baahubali co-stars. Rana Daggubati, who played the antagonist Bhallaladeva in the epic film series, shared the CUTEST picture with the protagonist Prabhas from the sets of Baahubali. 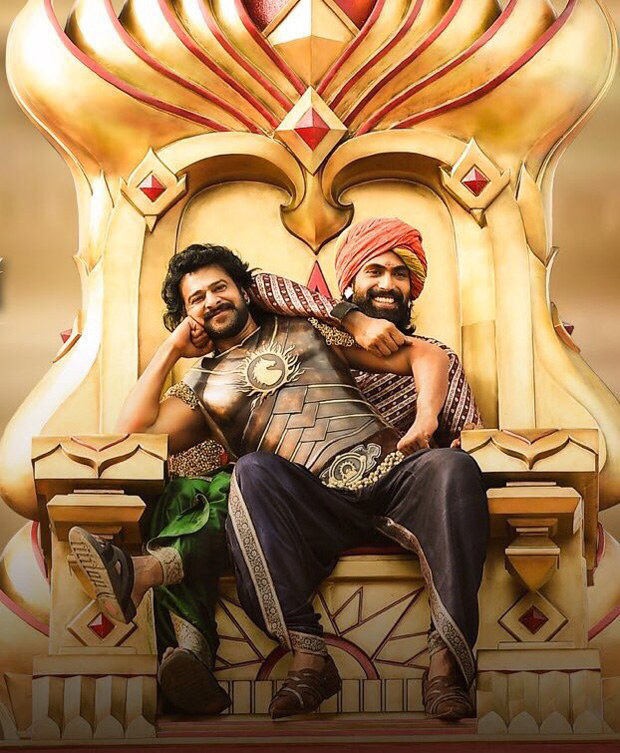 Presenting to you the never-seen-before camaraderie between Bhallaladeva and Baahubali wherein we saw Prabhas and Rana Daggubati share a fun moment on the sets of the film. Expressing his best wishes to his co-star on his birthday, the latter took to Twitter to share his birthday message along with this picture. He said, “Happy happy to you brother.”
For the uninitiated, Bahubali – The Beginning and Baahubali – The Conclusion is a period drama that was set against the backdrop of a completely different era. Set in the kingdom of Mahishmati, the film traces the journey of the prince Baahubali and his cousin Bhallaladeva who is keen on ruling the kingdom. Tracing the journey of sibling rivalry, love, betrayal and a fight for Mahishmati, the film series traces the story of two generations – Baahubali himself and his son Shivudu.

Coming to the birthday wish, besides Rana, amongst others, Prabhas’ other co-star Tamannaah Bhatia too shared her wish for her Baahubali co-star. She took to Facebook to not only wish the actor on his birthday but also shared a special video. On the occasion of Prabhas’ birthday, the makers of his next Saaho, decided to share a sneak peek of the film’s making and its high octane sequences. Tamannaah posted the same along with the birthday wish. Here’s a sneak peek into her post:

As for Saaho, the film marks the South debut of Shraddha Kapoor and Bollywood debut of Prabhas. The film is expected to be multi linguistic as it will release in Tamil, Hindi and Telugu.