After shooting for Saaho, Prabhas has now started work on another film. The untitled venture may be a period drama, but quite distinct from the blockbuster Baahubali series. The actor is currently in Europe shooting for the same and he is accompanied by the leading lady Pooja Hegde. Another interesting fact about the film that we came across was that for this one, he will be sporting a clean shaven look. 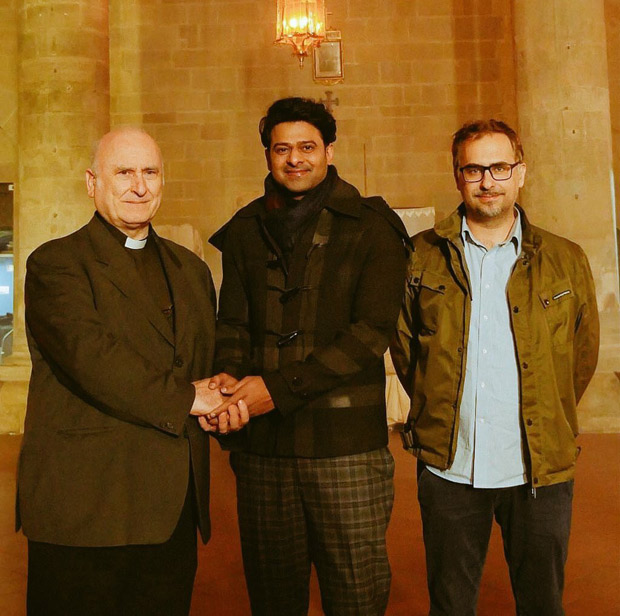 If you don’t believe us, here’s the proof! This photograph of the South heartthrob Prabhas has left fans wanting for more. Not surprisingly, while the picture has gone viral on social media, fans can’t stop themselves from commenting on how much they are in love with this new look. While we hardly come across pictures of Prabhas shooting in Italy, his co-star Pooja Hegde has been sharing some interesting pictures on the social media platforms.

Speaking on the film, this will be the first time when Pooja will be sharing screen space with the South superstar. She has, in the past, already expressed her happiness of sharing screen space with Prabhas. If recent reports are to be believed, the film in question is apparently titled Prabhas 2.0. Furthermore, it is being said that some portions of the said movie is expected to be set in 40s era. Although it is expected to be a romantic entertainer, further details on the same are yet to be revealed.

Coming to other films, Prabhas will next be seen in the ambitious multi lingual Saaho, which is his next after Baahubali – The Conclusion. The film will mark the Bollywood debut of Prabhas and will be the South debut of Bollywood actress Shraddha Kapoor who plays the leading lady. Directed by Telugu filmmaker Sujeeth Reddy, the film also features actors like Neil Nitin Mukesh, Jackie Shroff, Mandira Bedi amongst others.

Also Read: Here’s all you need to know about Pooja Hegde’s film with Prabhas