After entertaining the audience with kids’ performances, it is time for mothers to showcase their dancing talent on DID Super Moms. This weekend viewers will be in for a special treat as the stars of the show Bhagya Lakshmi - Aishwarya Khare a.k.a Lakshmi and Smita Bansal a.k.a Neelam Oberoi will be seen appearing as baaratis along with DID Super Moms judges Remo D’Souza, Bhagyashree Dassani, and Urmila Matondkar, for a dream wedding of contestant Varsha. 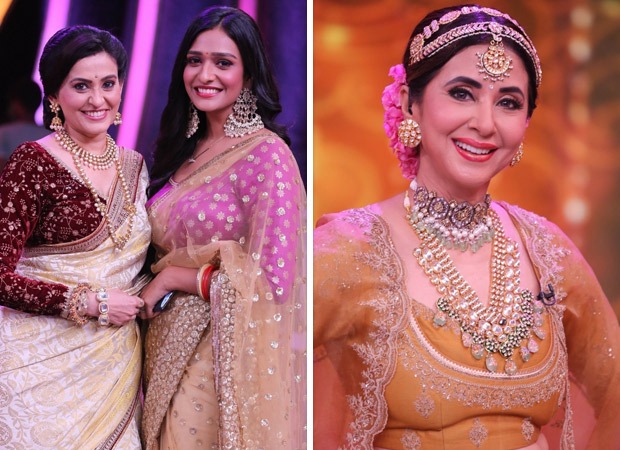 During an episode, the top 12 Super Moms presented adorable memories of their marriage through their performances during the shoot. However, contestant Varsha’s performance to the song ‘Sabki Baraatein Aayi’ grabbed everyone’s attention. In fact, after the wonderful performance, Varsha went on to mention how, like any other girl, she also dreamt of a beautiful wedding. However, that dream couldn’t come true because of her family’s financial issues. Hearing this, Bhagyashree and Urmila decided to make her dream come true on the set itself. They quickly sourced wedding attires for Varsha and her husband as well as arranged a full-fledged wedding setup on stage. What’s more, is that the cast of Bhagya Lakshmi turned up dressed as ‘baaratis’ for Varsha’s wedding! 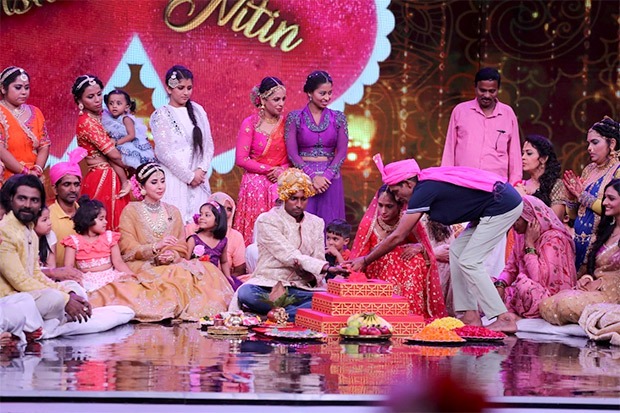 The celebrations kick started with Varsha making an entry as a beautiful dulhan from one side along with Aishwarya Khare, Smita Bansal, Urmila Matondkar and Bhagyashree Dassani, while her husband along with Remo D’Souza and all the choreographers entered from the other side with band, baaja, and baarat. A lot of dance and gaana followed, but the sweet ceremony put together by the judges and the team of DID Super Moms made Varsha quite emotional. She further went on to mention that it was truly a special moment for her on the show.

DID Super Moms airs on Saturday and Sunday at 9 pm only on Zee TV.