Ishaan Khatter and Rajkummar Rao seem to be having a gala time even though we have hardly seen them together making appearances. The two came together for a recent episode of Neha Dhupia hosted chat show BFFs with Vogue and it seems like the two actors were quite comfortable with each other. Not surprisingly, the show has a few rounds where the stars are asked to give some honest opinions about their colleagues and co-workers. Well, something tricky happened when an uninhibited Ishaan was caught unaware as he had to choose between a former co-star Janhvi Kapoor and a potential co-star Sara Ali Khan! 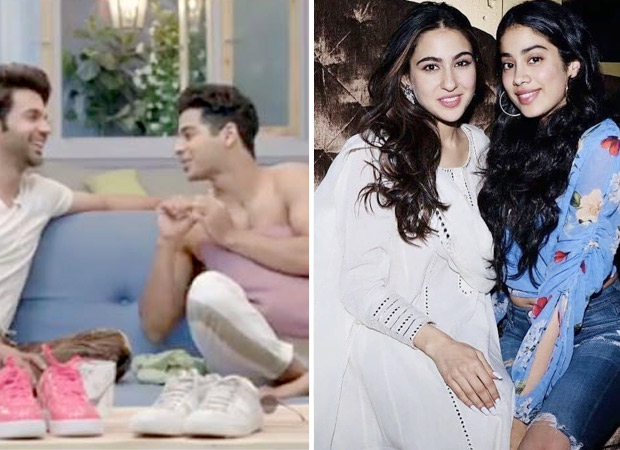 While we got a glimpse of what may have transpired which forced Ishaan Khatter to take off his shirt on national television, recent reports dished out some interesting details about the Say It or Strip It round. As the name of this round suggests, one has to either answer the question or opt for removing one of the items they are wearing! Ishaan landed in one such pickle when Neha Dhupia asked him to answer who has one of the weakest acting skills and the options were Janhvi, Sara along with Student Of The Year 2 co-stars Ananya Panday and Tara Sutaria.

Ishaan cleverly slipped Ananya and Tara out of those options since the film wasn’t released when the episode was shot! When Neha prodded him to give an answer between Janhvi and Sara, he opted to let go off his shirt instead of choosing to answer it. Obviously, it left everyone around in splits!

Ishaan Khatter and Rajkummar Rao also discussed about Ishaan's relationship status and a lot more during the show. The episode of the same is expected to go on air this month.