Last Updated 09.12.2022 | 8:26 PM IST
feedback language
follow us on
Bollywood Hungama » News » Bollywood Features News » “I believe that charity should be done in silence and with dignity” – Shah Rukh Khan felicitated with an honorary Doctorate by The University of Law in London (Watch video)

Superstar Shah Rukh Khan has won many accolades and recognition across international platforms. He is not just an actor but a global icon who has also carved a place for himself as a philanthropist, orater and entrepreneur. After the Honorary doctorates from The University of Bedfordshire and The University of Edinburgh. Shah Rukh Khan has been honoured yet again with an Honorary doctorate in Philanthropy by The University of Law, London. The actor received the merit during a graduation ceremony for more than 350 students, held at the Barbican in London on 4th April 2019. 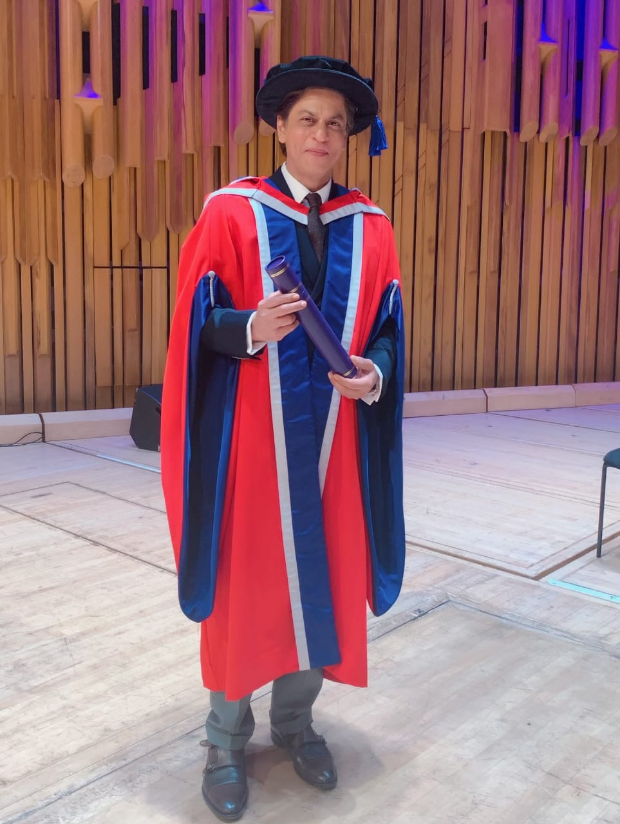 Establishing himself as a successful Indian actor, film producer, television host, philanthropist and an entrepreneur who has appeared in more than 80 Bollywood films and earned numerous accolades, Shah Rukh Khan owns Red Chillies Entertainment, Red Chillies VFX and colour, a leading film studio along with a cutting edge VFX studio in India. The superstar is also the co-owner of a global sports franchise titled ‘Knight Riders’ with cricket teams across India, South Africa, and the Caribbean. 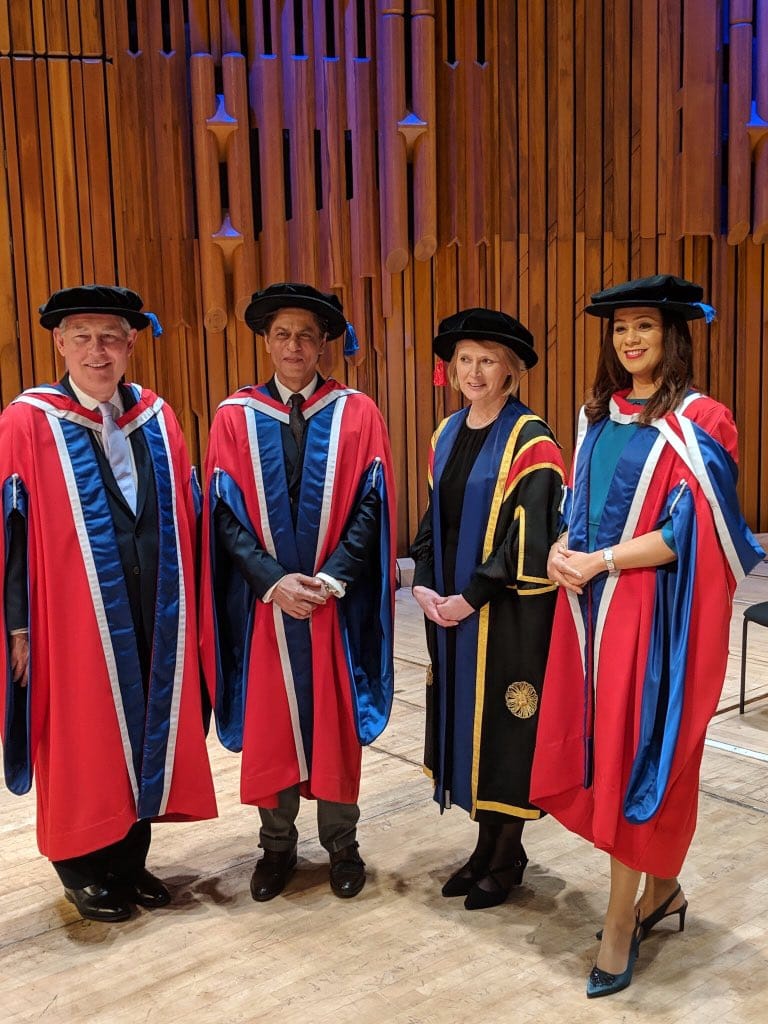 Apart from his business achievements, Shah Rukh Khan has also earned love for championing human rights in India as he became the brand ambassador for India’s government campaigns, including Pulse Polio and National Aids Control Organisation, as well as worked closely with several charitable foundations including the Make-a-Wish Foundation. 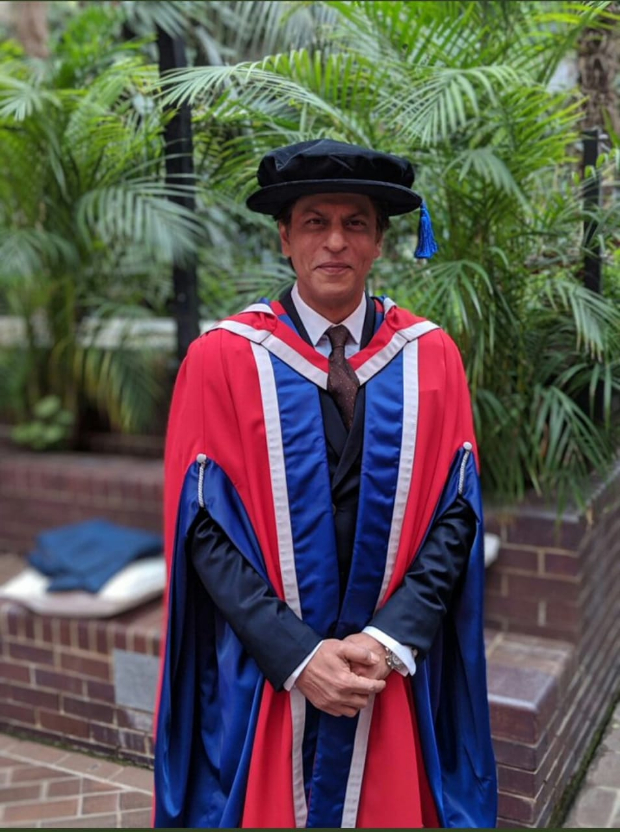 Shah Rukh Khan also lends his support for the welfare of the people through his non- profit organization, Meer Foundation, which primarily works with Acid attack victims and aims to initiate change at the ground level to build a world that empowers women. Mr.Khan was honoured with the Crystal Award for his work towards acid attack survivors at the World Economic Forum 2018 held in Davos.

Accepting the honour, the ever-humble star, Shah Rukh Khan said, “I believe that charity should be done in silence and with dignity. One cannot speak about their charitable acts because it loses its purpose. I have been privileged to be able to use my status as a public personality to champion causes close to my heart. I actively participate with the causes of women empowerment, rehabilitation of the underprivileged and basic human rights. I firmly believe that I have to give back to the world that has given me so much. I am humbled with this Honorary Doctorate bestowed upon me and would like to thank everyone involved for choosing me.”

Shah Rukh Khan, over his 25 years of career in India, has won innumerable hearts with his wit and wisdom along with endearing talks on global platforms.

SRK shares his thoughts on kindness and its essence as the #UniversityOfLawHonoursSRK pic.twitter.com/eiKoGsykId

Thank u for the honour #universityoflaw & my best wishes to the graduating students. It will encourage our team at @meerfoundationofficial to strive ‘selfishly’ to share more.