Ranveer Singh is riding high on the success of Simmba. The film, helmed by Rohit Shetty, crossed Rs 230 crore at the domestic box-office. It was his second hit the same year after Rs 300 crore hit Padmaavat. While soaring high on the last two films massive success, Ranveer Singh is gearing up for the release of his next film Gully Boy starring alongside Alia Bhatt and helmed by Zoya Akhtar. 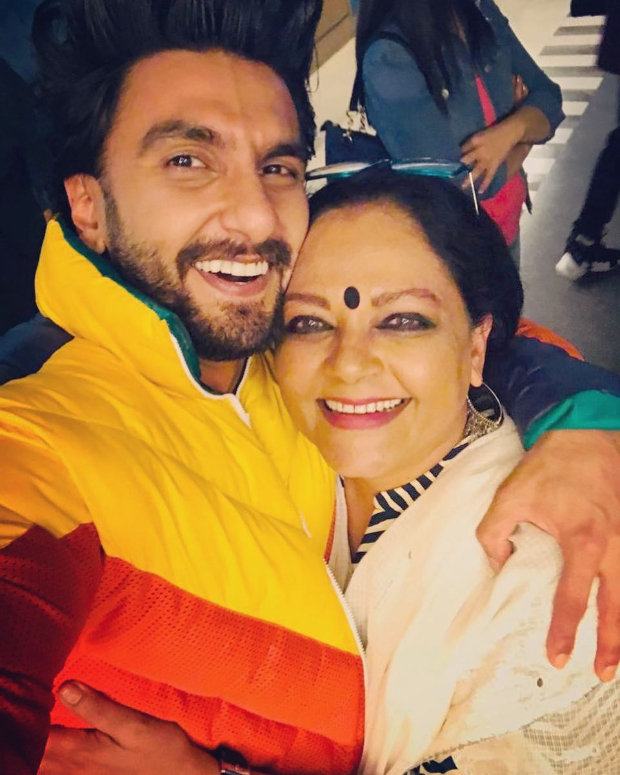 Just a night ago, the makers organized a special screening for the film fraternity. And it marked the reunion of Bajirao Mastani actors Ranveer and Tanvi Azmi. The veteran actress essayed the role of his mother in the film and the audience had praised their camaraderie. Upon reuniting with her on-screen son, the actress shared a happy picture with him and captioned it, "Maasaheb with her Baji at the screening of Gully Boy! #bajiraomastani #gullyboy #soproud."

Meanwhile, on the work front, Ranveer Singh, Alia Bhatt and Zoya Akhtar returned from Berlin earlier this week after the world premiere of Gully Boy. It is a story about an aspiring rapper and an underground hip hop community. Based on the lives of Naezy and Divine, the actor is essaying the role of a street rapper. Directed by Zoya Akhtar, the film is set to release on February 14, 2019.