Ayushmann Khurrana is riding high on success after delivering seven back to back hit films. The actor who started his Bollywood career with the 2012 film Vicky Donor went on to pick unconventional scripts and shone in them. It goes without saying the actor/singer has a huge fan following and in his latest Instagram story he shared a sweet note he received from a fan. 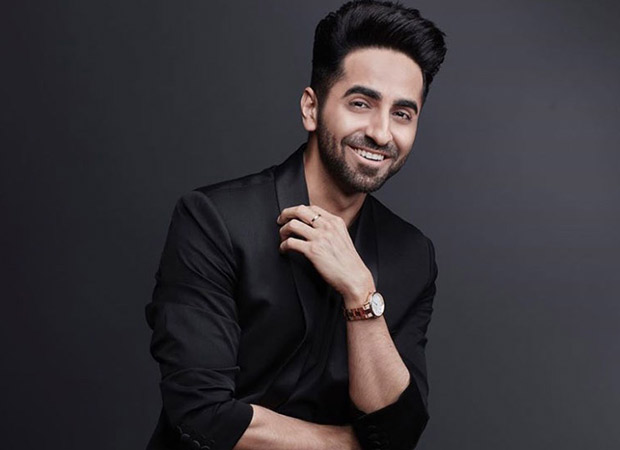 Ayushmann Khurrana took to his Instagram story to share a handwritten note given to him by a co-passenger on the flight he was traveling in. The note read, “Dear Mr Khurana, I am so happy to see you thrive. Balance the art with the numbers. Your journey from ‘Paani da...’ to Bala looks like a meteoric rise and a personal roller coaster. But you have brought back the flavour in Indian film storytelling. Hrishikesh Mukerjee would be smiling in his grave, even though your world evidently differs from his. I won't talk of your talent or impact, but I hope it will evolve, inspire scripts, reinvent and break rules. Enjoy your flight and filmmaking.” Sharing the picture of the note, the Dream Girl actor wrote, “We live for this.” 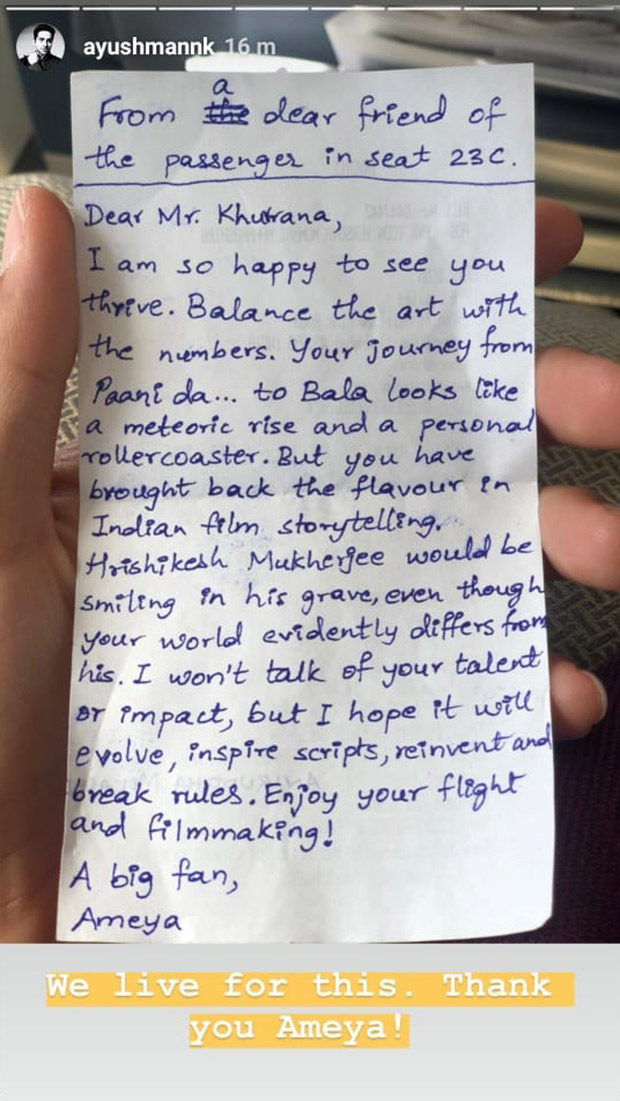 Ayushmann Khurrana is currently gearing up for the first release of 2020. The actor will be seen playing a homosexual character in the film Shubh Mangal Zyada Saavdhan. The film also stars Jeetendra Kumar, Gajraj Rao, and Neena Gupta among others.