Bigg Boss 13 contestant Paras Chhabra's girlfriend Akanksha Puri has dropped a major hint through her latest Instagram post that she has indeed made up her mind to end her relationship with Paras. This comes at a time when Paras said on the show that Akanksha should move on by herself after watching his actions on the show. 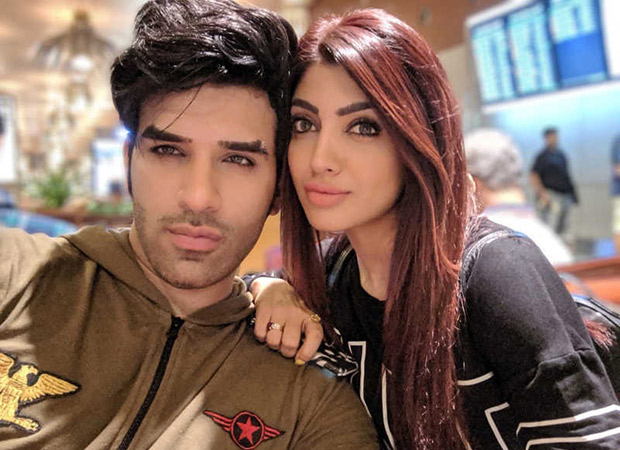 Akanksha posted a picture of herself looking stunning in a sari and captioned it, “I am gonna make the rest of my life ...best of my life !!” along with hashtags like #love #beyou #loveyourself #newyear #2020 #happypeople and #beingme. Her another recent post is a picture from one of her monochrome photo shoots and was captioned, “In the end..All I want to be able to say is ... I gave it all I could, I gave it my best!! #timetofly #beingme.”

Paras and Mahira share a close bond on the show. On Monday's episode, Shefali Jariwala was seen telling Paras that he should give his girlfriend a closure post the show. He confirmed that he will definitely do it at once the show is over. Paras was seen saying during the chat, “After seeing so much, she should herself move on.” He had added that he doesn’t get into such things and ends up landing into controversies for nothing. Mahira had also joined the conversation and had said, “I don’t care what people say about this, but if a girl outside the house is feeling bad about it, then stop it.” Referring to Akanksha, Paras said, “Will I play Bigg Boss according to her? Will I do everything according to someone with whom I don’t want to stay? I can’t suppress my feelings? Don’t try to become great.”

Meanwhile, Akanksha Puri in her interviews after Paras' entry into the house, had said that she will wait until the show is over to clear things with Paras.