Last Updated 04.06.2020 | 8:45 PM IST
feedback language
follow us on
Home » News » Bollywood Features News » Bollywood News Ayushmann Khurrana had this INTERESTING conversation with Taapsee Pannu before signing Article 15 and he reveals all about it on TWITTER!

We recently got glimpse of the cop look of Ayushmann Khurrana from Abhinav Sinha’s Article 15. The film is said to have gone on floor this week and the shooting has kicked off in full swing. However, did you know that Ayushmann had a discussion with Taapsee Pannu regarding the film before he kicked it off? Well, their recent Twitter banter is a proof of it! 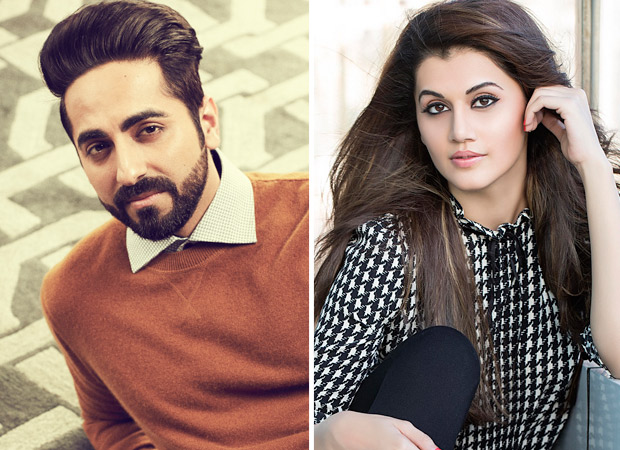 Ayushmann Khurrana took to Twitter to share his police officer look from Article 15 two days ago. Soon, Taapsee Pannu, who is gearing up for the release of Badla, took to the platform to comment on the picture and giving her best wishes to the director and the actor. For the uninitiated, Taapsee was a part of Anubhav Sinha’s last venture Mulk which featured her in the role of a lawyer. But it was her connect with Ayushmann that took everyone by a surprise.

It seems that Ayushmann Khurrana shares a special connect with Taapsee Pannu considering the film. The actor mentioned in his reply tweet to Taapsee that he had discussed the script of Article 15 with her when they met at the Delhi Airport. Ahaa.. Interesting! Here’s a look at the tweets:

I remember discussing about this script with you at delhi airport. ????

Coming to the work front, Ayushmann Khurrana, who has had a great 2018, kicked off this year on a busy note. Besides Article 15 which talks about discrimination against caste, age, gender or religion, the actor will also be seen as a person balding in Bala and then later will feature as a radio jockey in and as Dream Girl that also stars Nushrat Bharucha.

On the other hand, Taapsee Pannu has Badla followed by the multi-starrer Mission Mangal and the biopic Saand Ki Aankh. The actress will also feature as the protagonist in the South bilingual Game Over.