Sonakshi Sinha will soon be seen in a regal avatar as Satya Chaudhury in the multi starrer Kalank. The actress, who is busy with the Karan Johar production and other projects, recently appeared on a new chat show Quick Heal Pinch By Arbaaz Khan. The said show is hosted by none other than Arbaaz Khan and will be streamed online. The actor will have many guests, from Kapil Sharma to Karan Johar to Kareena Kapoor Khan to Sonakshi Sinha. The promo of the show that released recently showcased a rather interesting question that was posed to Sonakshi by Arbaaz. 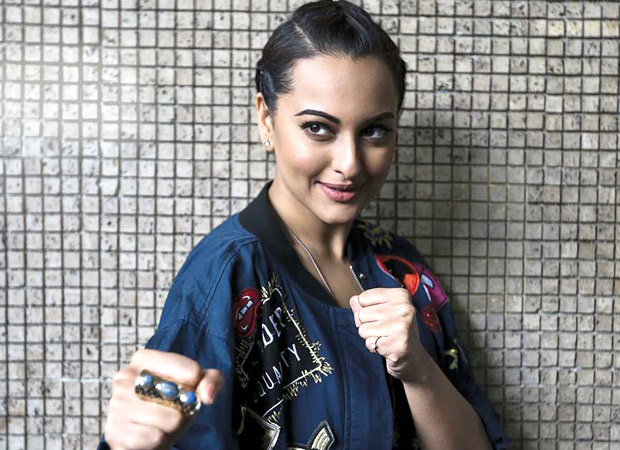 Arbaaz Khan introduced the recent show in the promo and mentioned that they would be discussing the pros and cons of social media. While the host is seeing spilling some beans, we also have stars uninhibitedly talking about it being a boon or bane. During the promo, Sonakshi was seen warning all her male fans that she wouldn’t be like to be proposed online. She said, “If anyone comes and proposes to me online, mai maarungi. [I will hit you.”]

To the same, Arbaaz too had an interesting response. He added, “Line maarna hai toh online mat maro.” This obviously left the host and the guest in splits. On the other hand, the promo also showcases Kareena speaking about social media wherein she has been explaining about what celebrities feel when they come across comments on these platforms. Nawazuddin Siddiqui was another guest who was seen discussing some social media cons intently to Arbaaz during the show. Here’s a glimpse of the promo.

Coming to the work front, Sonakshi Sinha will next be seen in Kalank alongside Aditya Roy Kapur, Sanjay Dutt, Varun Dhawan and Alia Bhatt. The actress will also star in Mission Mangal alongside Akshay Kumar, Vidya Balan and Taapsee Pannu. She will also be a part of an untitled comedy featuring Fukrey star Varun Sharma. And besides all these, Sona will also start work on Dabangg 3 along with Salman Khan.

Also Read: Dabangg 3: Salman Khan and Sonakshi Sinha to start shooting in April (ALL deets out)