Ayan Mukerji, recently announced the new release date of Ranbir Kapoor and Alia Bhatt starrer Brahmastra. The movie was initially supposed to release during Christmas this year, but due to technical issues, the movie will now release in May 2020. This is not the only Dharma movie to have delayed the release date. Akshay Kumar and Kareena Kapoor Khan starrer Good News’ release date has also been postponed from September 6 to December 27. Ayan, recently took to his Instagram to inform the fans that the team is all set to start shooting their next schedule in London. 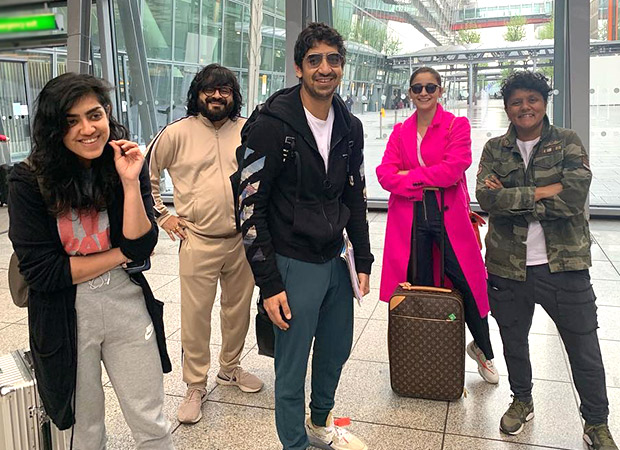 He posted a picture with his team including Alia Bhatt and Pritam and they are all happy to head to London. The movie is expected to be bigger than any other superhero film made in India. Alia even went on to say that this movie will put us on international charts. The real reason for the postponed release, as per Ayan’s Twitter post, was that the VFX team needs more time to materialise his vision of what the story of Shiva and Isha. He posted the picture with the caption, “Adventure (of a Lifetime) ???? #uptonogood #londondiaries #brahmastra”

Brahmastra also stars Amitabh Bachchan and Nagarjuna in pivotal roles and Mouni Roy is said to play the antagonist in the film. While the fans are disappointed to have to wait a lot longer than expected, the anticipation to see the project on screen is only getting higher. The makers have promised to make up for the delay with their efforts and hard work and are sure that the audience will find it worth the wait.