Director Ayan Mukerji spoke on keeping Ranbir Kapoor and Alia Bhatt's romance a secret before the release of Brahmastra at a recent event in Hyderabad. The pair has been dating for a while and it is a known fact. 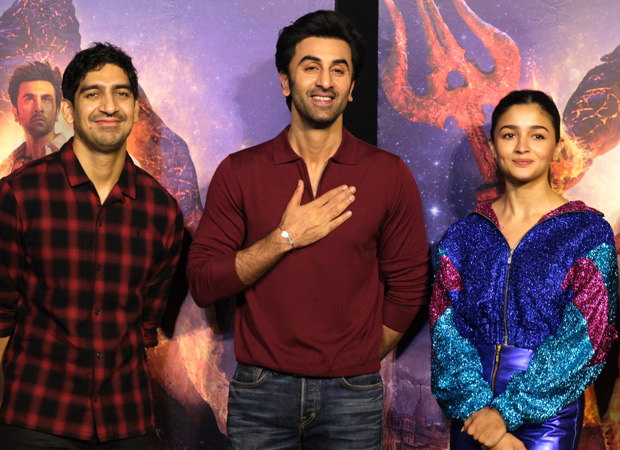 Brahmastra, a film starring Ranbir Kapoor and Alia Bhatt, received support from SS Rajamouli and Nagarjuna, who shared Telugu, Tamil, Kannada, and Malayalam posters of the film at an event in Hyderabad.  Ayan Mukerji, who directed Yeh Jawani Hai Deewani and Wake Up Sid, was also in attendance. He stated that Alia and Ranbir's connection was not the same four years ago when he began working on the film.

At the ceremony, Ayan revealed that he chose Ranbir and Alia for the project due to their acting abilities. They eventually became friends and began dating one another. Ayan didn't want them to make public appearances together because they had never shared screen space before, and he wanted Brahmastra to be known for that. “I didn’t want the whole world to see them for these four years. I didn’t want anyone to see them till my film had not come out. So, lots of things haven’t happened in their lives because every time they went out together, I would be sitting at the back saying ‘you all are ruining my film. Please don’t go anywhere,” Mukerji said.

"Ayan is very protective about this pair," producer Karan Johar said at the event. “But, I think he has lost leverage. Had he come out with this film a few years ago then keeping them under wraps would have been a good idea. Unfortunately, you can’t curb love that long. At its heart, it’s a love story.”

Brahmastra, which will be released in theatres across the country in September of next year, debuted its first motion poster in Delhi last week.