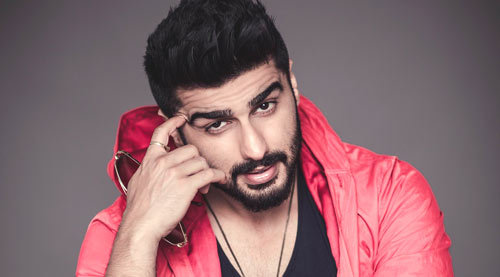 Did you spot it, or did you not?

Right from the first poster design of Ki & Ka to the trailer that was unveiled to the songs that have been on air ever since, trains are forming an integral part of the promotional campaign of the film. Well, there is a strong reason for that. Director Balki has a strong fascination for trains and in a way, he is making Arjun Kapoor relive this fascination on the big screen by putting train as a motif in several important sequences.

"Yes, Balki sir is obsessed with trains, and it is from him that this quirk is coming in the film," smiles Arjun, who got an opportunity to play with trains of different shapes and sizes right through the making of the film, "My character Kabir is shown to be infatuated with trains too. His hobby is to make numerous models of trains."

So, while one sees a real engine in one of the songs of the film, there is a train being used as a transportation device for food on the table as well.

"Well, I couldn't help it; I just love trains," acknowledges Balki, "All credit to Rupin Suchak, the production designer of the film, for helping in putting together these trains. He is an amazing young boy and has been Saby Cyrils' assistant in the past. He has a phenomenal sense of design."

The youngster got a brief from Balki around the manner in which trains had to be incorporated into various sequences of the film.

"I am mad about trains and Kabir (which is played by Arjun Kapoor) is me in the film, as far as this quirk is concerned," smiles Balki, "Rupin understood the brief really well and created this whole environment in the film where trains of different shapes and sizes were seen on the frames. He did it all by himself and made me see my dream unfold on screen."