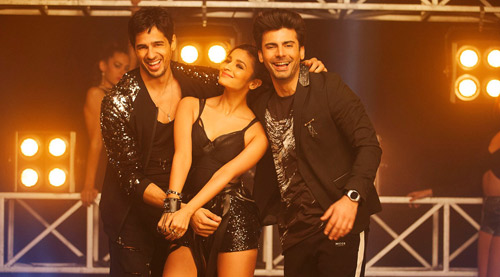 It seems to be the season of unlikely heroes who are not afraid to get in touch with the feminine side of their masculine personality. Hence in Balki's Ki & Ka, Arjun Kapoor unapologetically dons the apron and mangalsutra to play the home-maker while his wife goes out to earn their keep. In Shakun Batra's Kapoor & Sons, Fawad Khan, the "perfect son" turns out to be a flawed human being....if that's what is being implied?...when he's forced out of the closet.

Throughout the film, Fawad's character Rahul Kapoor (if it's Karan Johar, it's got to be Rahul even if it's a hero with a dark secret) is shown having hurried furtive conversations on his phone with an invisible partner in London while coping with familial crises back home in Coonoor. It's only at the end that Rahul's mother, played with feisty ferocity by Ratna Pathak Shah, stumbles on to the secret lover on the other end of the phone.

It's the pre-climactic cloudburst in the plot that defines not just Fawad's character but also the entire mythology of the film. It is here that the film fumbles in its philosophy, laying bare its own fears and phobias about the individual's right to preferences and options. The film seems to suggest that the fears and frustrations of exercising one's freedom to make choices also govern the choices that are allowed to a filmmaker.

Not once does Rahul Kapoor's sexual preference get a proper mention or, inversely, a decent burial in the narrative. Rahul's mother is initially furious and disappointed at the revelation. She eventually comes to terms with her "perfect son" and his sexual orientation. But, until the end, neither the son nor the mother says it even once.That Rahul is gay.

It therefore remains a secret only half-revealed. Praiseworthy for at least being brought up in a "family film". But, spoken of in a hushed manner like an unmentionable disease. And we never ever meet Rahul's partner in the film.

My question to the director Shakun Batra is this. If we have truly evolved as a society, why must we still speak of homosexuality in hushed tones? Of course, we've come a long way from the farcical treatment of same-sex love in Karan Johar's Dostana where Abhishek Bachchan and John Abraham only pretended to be gay so that they could get room together. So all was well in the heterosexual world.

Here in Kapoor & Sons, at least, a character is given the freedom to be what he is. This right to choose one's sexual orientation has been lately visible in some notable films like Shonali Bose's Margarita With A Straw and Hansal Mehta's Aligarh. Your film, Shakun, is remarkable for addressing the issue of sexual orientation, not as a fringe problem, but within the family fold.

Imagine, if, in Karan Johar's Kabhi Khushi Kabhi Gham, one of the two brothers turned out to be gay! We've come a long way since then. But still not long enough.

Look forward the day when the "perfect son" would remain perfect even when revealed to be gay.