This marks Arjun Kapoor's first association with filmmaker Vipul Shah and the picture suggests that the actor is contemplating if he should prep or deliver a spontaneous performance. While director Vipul Shah's time is already consumed in the preproduction process of the movie. 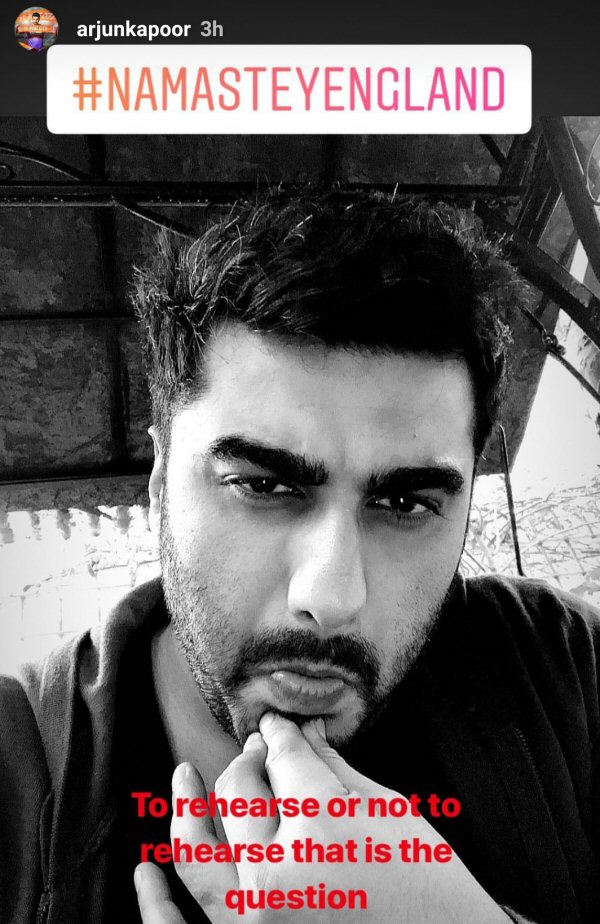 Vipul Amrutlal Shah is known to bring out the best in his actors and Arjun Kapoor is seen already pulling up his socks before hitting the sets. The actor took to his social media and posted a picture where it looks like he is contemplating if he should start the preparation for the film or no. He posted the picture and wrote, "To rehearse or not to rehearse that is the question"

Namastey England is the next installment of the highly successful Bollywood film, Namastey London, which starred superstar Akshay Kumar and Katrina Kaif in pivotal roles. Directed by Vipul Shah, Namastey London had got great reviews and was loved by the audience.

While it’s known that the movie will be shot in major parts of Mumbai, Punjab and the United Kingdom, and the film’s narrative virtually travels across half the globe as well.

Meanwhile, Arjun Kapoor will be seen with Parineeti Chopra in Sandeep Aur Pinky Faraar which is slated to release on August 3, 2018.