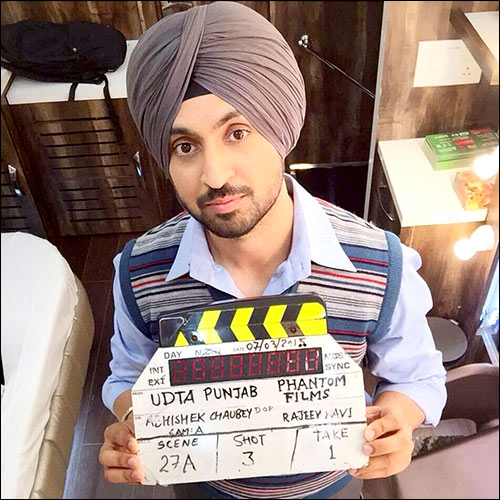 All eyes are set on Udta Punjab considering that the film will see Kareena Kapoor Khan and Shahid Kapoor coming together after years. Readers may be aware that this Abhishek Chaubey directorial has gone on floors in Punjab and now, a few pictures of the film are doing the rounds on the web.

A picture of the opening shot of the film has gone viral on web. The picture in question has Kareena Kapoor Khan along with her co-star Diljit Dosanjh with a clapperboard covering their faces on the day of the muhurat. The cast and crew are currently in Amritsar and Udta Punjab is said to be a film revolving around the deep rooted nexus of drug mafia in Punjab and will be shot in different locations in the state.


Produced by Phantom Films and Balaji Motion Pictures, Udta Punjab also stars Alia Bhatt in the lead role along with others and it is slated to release by the end of this year.