They're a couple, bitten by travel bugs. Anushka Sharma and Virat Kohli, ever since they tied the knot, have found their favourite travel buddies in each other and are exploring the world together. Anushka is also a regular with most of Virat's foreign game tours, and would fly overseas to cheer for him! Right now, however, they seem to be holidaying in an undisclosed location. 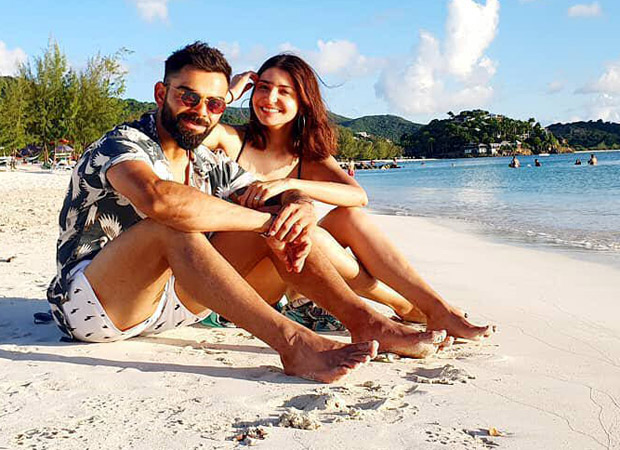 On her Instagram, Anushka shared with us her 'waterbaby' avatar. It looks like a gorgeous seaside and the beauty can't get enough of the sky blue sea and its serenity. Check out the happy pictures below!

Virat, on his Instagram, also posted a cosy picture wherein he is resting his head on Anushka's lap.

The couple recently returned to India from West Indies. Over there, the Indian cricket team bagged a test series against the WI team. That definitely called for a rewarding holiday for the captain!

Anushka was last seen alongside Shah Rukh Khan in Zero, a film that didn't quite do well critically or commercially.