We all know that the mother of Mrs. Funnybones, Dimple Kapadia is known for her quirks too! In fact, we have got a glimpse of her sense of humour on more than one occasion. The yesteryear actress, who will be seen in Angrezi Medium, decided to give a glimpse of her fun side in the latest photo shared by Homi Adajania. The director, who will be directing this Irrfan Khan, Kareena Kapoor Khan starrer social comedy, has already started shooting with Dimple and his recent post about the actress has left the social media users in splits. 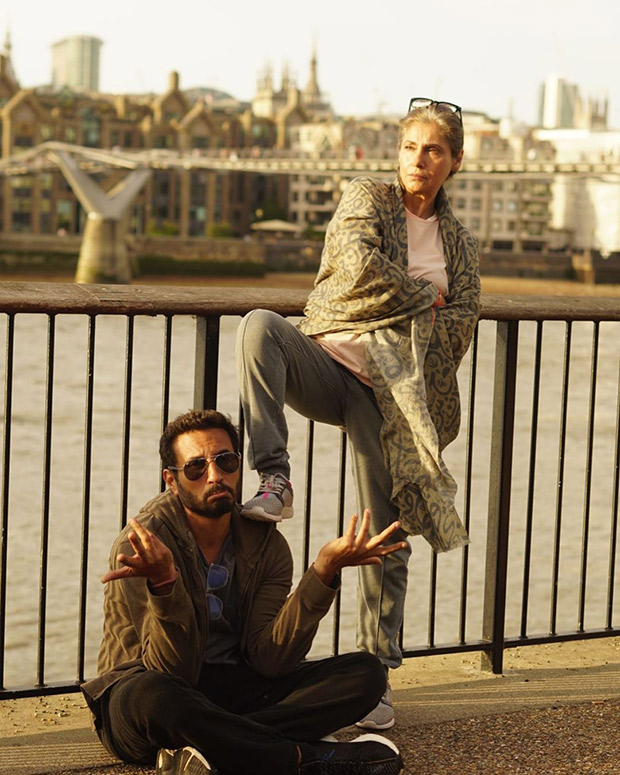 In the latest photo, we can see Dimple Kapadia standing like a boss as she tries to intimidate a very ‘innocent’ looking Homi Adajania. The director shared the post along with a caption that read, “When the muse decides to abuse.” In fact, he further went on to plead Twinkle Khanna for help! Here’s a look at the post:

On the other hand, Twinkle Khanna, who is in London, too was recently seen spending time with her son Aarav, replied to the post! She said, “You love being tortured - at least she isn’t making you push heavy pieces of furniture around.” 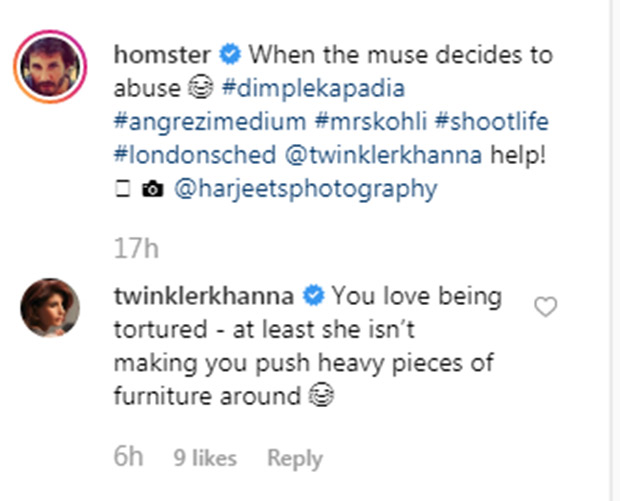 Dimple Kapadia has joined the star cast of Angrezi Medium in London currently but the details of her role are currently under wraps. The film is currently being shot in the Queen’s city where Kareena Kapoor Khan is shooting with them. The actress will be seen in the role of a cop and we recently got a glimpse of her look from the film. Angrezi Medium will feature Irrfan Khan as the leading man and Radhika Madan is expected to play the role of his daughter.