Ananya Panday, who is all set to make her big screen debut with Student of the Year 2, is busy with the movie promotions as the film is just a day away from its release. Recently, she opened up about trolls and being bullied during her school days. Ananya spoke at length that trolls don’t affect her because of the experiences that she had while she was in school. 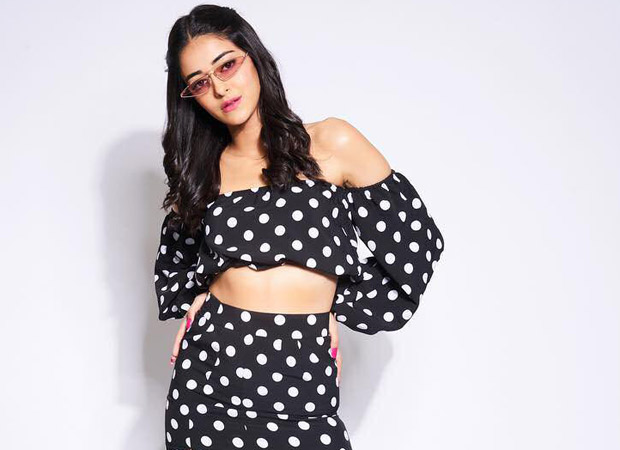 Getting bullied in school is something all of us have been through which is part of growing up and it hasn't been easy for the debutante either. Talking about the same, Ananya Panday shares, “In my school, we wore uniforms and couldn't apply nail polish or kajal. I had so many problems like body issues, stress and exams. I am really skinny even though I eat like a beast. Everyone wants to have a curvy body and look a certain way, but I think now I am comfortable in my skin. In school, I would always be uncomfortable because my skirt would expose my thin, chicken legs and wiry hands. I would get called a hunchback as I am tall and would always bend down to hear people. This is the reason trolls don’t affect me, as I have been bullied in school,”

Just like all of us, the feeling which one goes through is what the new actress on the block is going through along with having a set of first-with her debut being one of the biggest ones. The young actress has some interesting incidents while she was growing up.

Recalling the shoot days of Shah Rukh Khan's My Name Is Khan, Ananya shares,"I remember this incident when Suhana and I visited the set of Karan's directorial My Name Is Khan, starring Shah Rukh Khan. They needed some extra shots to give a passing shot. We were 10 back then. We thought we had given the shot of our life and waited with bated breath for the scene, but it never came. We were devasted to know that it had been edited from the film."

Meanwhile, Ananya Panday will make her acting debut with Student of the Year 2, which is slated to hit the screens on May 10, this year. The actress will also be seen opposite Kartik Aaryan in the remake of the film, Pati Patni Aur Woh.

ALSO READ: Ananya Panday opens up about DELAYING her dreams for 4 years!