Asin, who is away from the Bollywood industry, has been in touch with all her friends from the industry. While she hasn’t been too active on social media either, she has always kept her fans updated with all the happenings and has made sure that she did speak about some of her biggest milestones in her life. Although she has given us a glimpse of her daughter Arin before, former actress Asin decided to share an interesting fact about her little one. 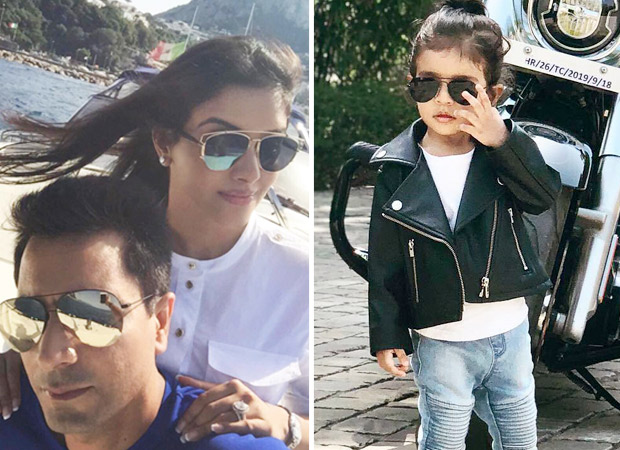 The 18 months old Arin is multi-talented and mother Asin couldn’t be more proud about it! The doting mother took to Instagram to give us a sneak peek into her daughter’s life as she shared this set of pictures. “Sugar & spice.... All of 18 months????ARIN #babybiker #babyballerina ??mamma ???????mamma” , she wrote as caption and we couldn’t agree more!

Asin, who is known for films like Ghajini and Housefull 2, tied the knot with Micromax co-found Rahul Sharma in January 2016 in a lavish ceremony. The actress had revealed earlier that she would be quitting acting and is more than happy to enter the life of domestic bliss. And her Instagram seems to be a proof of how she is more than happy to fulfill her dreams. Arin turned one last year and Asin also spoke about it in her Instagram posts. Here’s a look of the same:

a little girl who loves outdoors, travel and books..turned ONE #Arinturnsone