Alia Bhatt has known to encourage her fellow leading ladies for their work and this time too, she is blown away by Kiara Advani’s performance in Guilty. Kiara has made her digital debut on Netflix and the makers held a special screening for the members of the industry prior to its release. Everyone who attended the screening has not stopped praising Kiara for her performance in the film. Just like the others, Alia Bhatt took to her Instagram to praise her along with her best friend, Akansha Ranjan and Gurfateh Pirzada for their performances.

Kiara Advani is on a roll with projects lined up including Shershaah, Bhool Bhulaiyaa 2, and Laxmmi Bomb. Clearly being blown by her performance, Alia Bhatt posted a picture on her Instagram story and said, “@kiaraaliaadvani you are a star! Blown away by your performance!” She also praised her best friend Akansha Ranjan, “So so so proud of you my baby girl @akansharanjankapoor .. I can’t believe this is ur first film!!!!”

Take a look at her story. 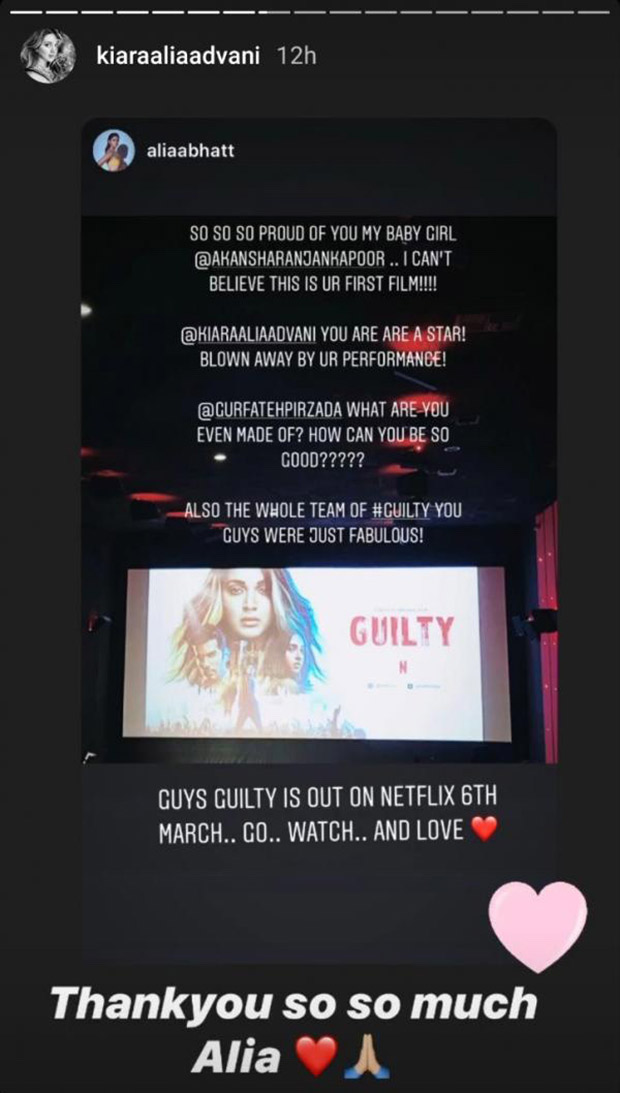 That’s just some wholesome encouragement! On the professional front, Alia Bhatt will be seen in Brahmastra and Gangubai Kathiawadi.