The millennial, Alia Bhatt is a style cynosure for her exceptional cool-girl approved style play. If her on-screen exuberance has us marveling, then she doesn’t hesitate one bit to maintain the tempo off-screen too. If her equation and shenanigans with beau Ranbir Kapoor keep us engaged then so does her fashion rompings. Her fashion stylists Ami Patel and Sanjay Kumar have struck an amicable cord with Alia and giving her a versatile style arsenal. Alia turned into a glorious summer bridesmaid for the pre-wedding festivities of her best friend Devika Advani. Last year saw her dabble into a resplendent bridesmaid style play for her BFF Akansha Ranjan Kapoor.

While minimal chic and effortless style is her thriving vibe, Alia has begun dabbling into ethnic fashion game with much gusto in recent times. While her seniors and contemporaries may fumble with their styles, Alia has bookmarked the fine line between all vogues and comfort. The glam squad that rendered her beautiful included hairstylist Amit Thakur and makeup artist Aparna Mitter. Here is a closer look at Alia’s ethnic shenanigans. 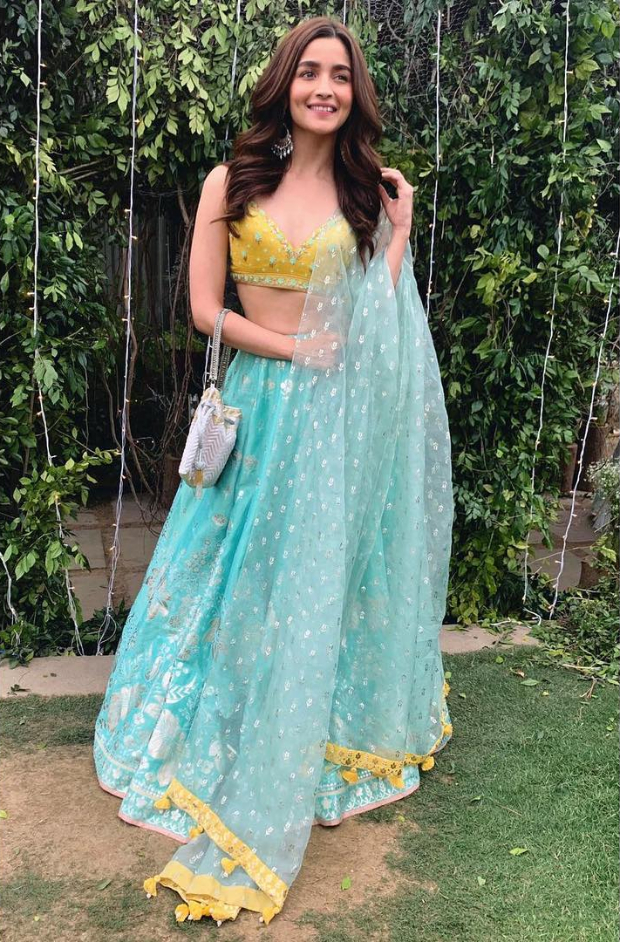 Alia wore an Anita Dongre summer blue - ochre yellow lehenga. A potli bag from The Pink Potli and jewellery from Amrapali were the minimal accessories of choice. Wavy hair and subtle makeup completed her vibe.

Also Read: Alia Bhatt plays the perfect bridesmaid at her bestie’s wedding and these Instagram posts are a PROOF! 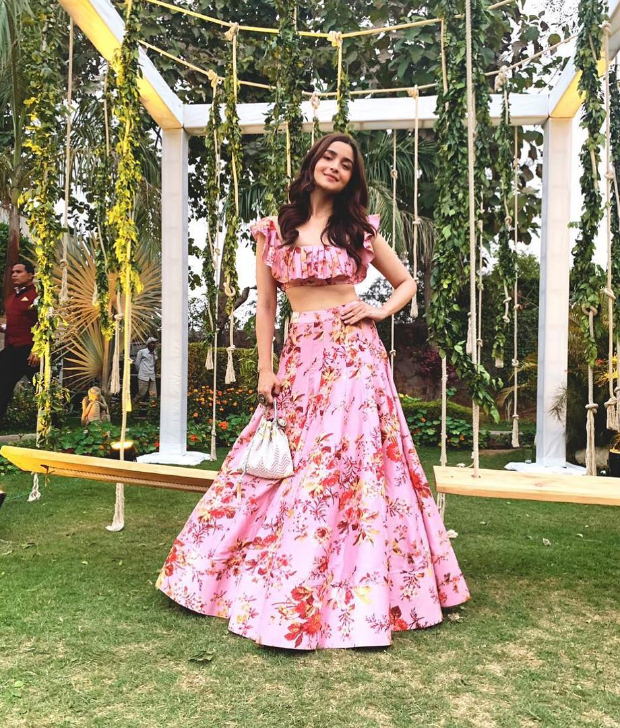 Alia teamed pink floral printed separates of a cropped blouse and a voluminous skirt. Ring by Sangeeta Boochra and the Minerali Store along with a potli bag from The Pink Potli accompanied her look. Wavy hair and minimal makeup rounded out her look.

Also Read: Soni Razdan gets nostalgic as she shares then and now photo of Alia Bhatt and her BFFs recreating the same pose 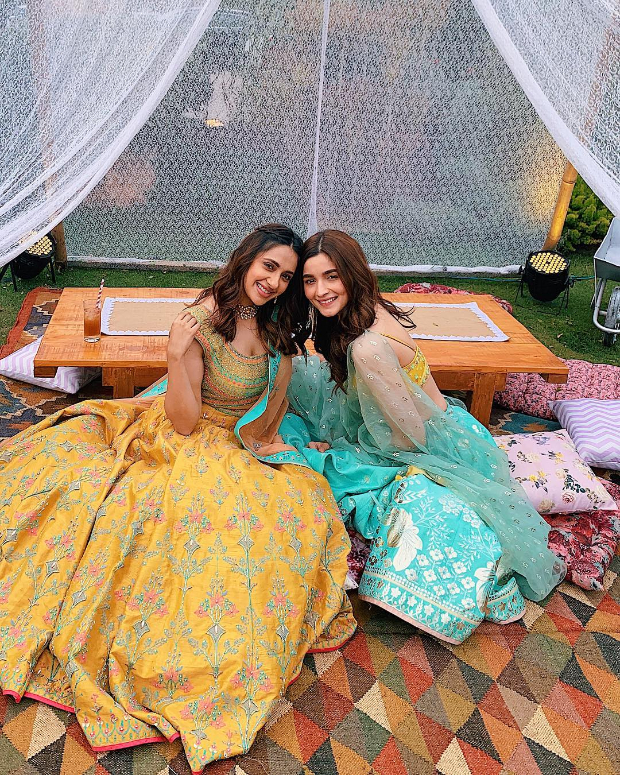 Attaining perfection with her subtle styles that were in tandem with the summer hues, Alia Bhatt once again had us smitten over her styles, curated with sheer simplicity. 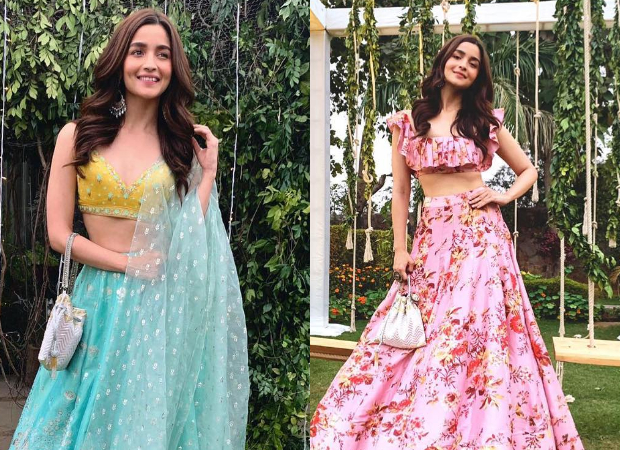