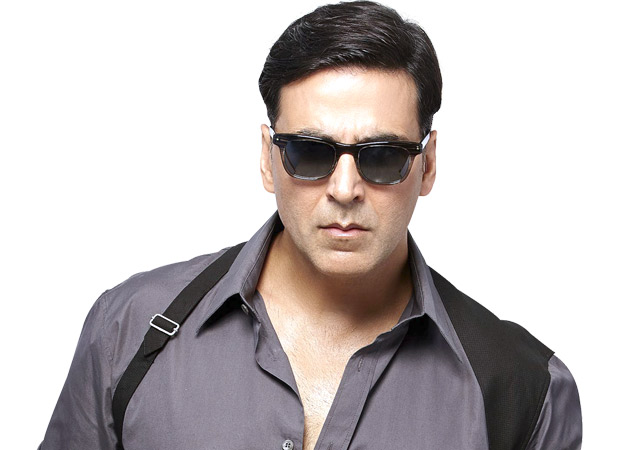 Why only 2017? This has been going on for some years now. Akshay Kumar, the full-nationalistic package blending the best of desh-bhakti with consumerism. He represents that rare breed of star-actors which has constantly evolved and got better more watchable with each passing year. Included in this rarefied breed are Mumtaz, Rekha, Sridevi…Among the male stars I can only think of Akshay as Bollywood’s ambassador of evolution. Like wine (which he doesn’t touch) Akshay gets better with every year.

I’ve known him for 18 years, and the hunger to improve with every film remains. When I first met Akshay he had just completed his first baby step towards being taken seriously as an actor. The film was Suneel Darshan’s Jaanwar where he played a father grieving for his adoptive son. Unknown to the world, in real life Akshay’s father was dying. So I guess this was his first brutal and harsh encounter with method acting. Soon after, my dear friend Deepa Mehta (who is regrettably no more my dear friend) signed him to play the lead in Water, and Akshay couldn’t stop enthusing over the character. Since he was required to speak in Sanskritized Hindi (the kind of language we hear in dubbed ‘Hindi’ versions of big Hollywood films) he began practising his dialogues on me every morning. Ultimately Water was made with another cast.

It was fun while it lasted. Akshay was fun in those days - fun and unguarded. At one point he was not sure whether he wanted to marry Twinkle Khanna or another actress whom he was dating simultaneously. A moment came when he had to decide which one to marry. I remember he had decided he would make that decision on a flight back to Mumbai from Canada. I remember he called in transit from an airport saying he had still not made up his mind. Some nail-biting lip-chewing hours later, Akshay made his choice. And he chose well.

His street-smart wisdom has held him in good stead, whether it is in his personal life or career decisions. The marriage with Twinkle Khanna has worked out so well not because they make the Perfect Couple but because they know each other’s blemishes and blind spots and have worked their way around them.

Career-wise Akshay couldn’t be better placed. His role selection is not just adventurous and audacious, it could be damaging to his superstardom. Shah Rukh Khan’s decision to do image-defying roles has not been a big success. Akshay moves away from the expected, and he seems fated for a soft landing.

God’s chosen one? Probably. But there is more to Akshay Kumar’s success than meets the eye. He is far more clever and sensible than most of his peers. And he isn’t afraid of making mistakes. Films like Baby, Rustom and Airlift in 2015 and 2016 could have easily gone wrong in their creative calculations. But Akshay stuck it out. He was especially brilliant in Raja Krishna Menon’s Airlift where he conveyed the dilemma of an entrepreneur forced to think beyond self-interest during a time of crisis. Akshay should have got the National award for Airlift. Instead the jury headed by Akshay’s friend filmmaker Priyadarshan awarded him for, ha ha, Rustom. Imagine Shabana Azmi getting the National award for Amar Akbar Anthony in the year of Arth. And you get the picture.

2017 saw Akshay in two roles brimming with a social conscience. Playing the crusading lawyer in Jolly LLB 2 and the husband fighting societal prejudices to allow his wife space for personal hygiene in Toilet - Ek Prem Katha Akshay could have easily slipped into the comforting but finally self-defeating zone of sanctimonious-ness.

But his street wisdom serves him well. Even when crusading for social reform he remains a rogue who is converted into a reluctant hero. That’s why calling him the new Manoj Kumar is doing disservice to Akshay Kumar. Akshay plays his cards too well to be just a paper-nationalist. He is a super-canny entrepreneur with a penchant for tapping the nation’s hankering for heroes.