The Ambanis are ready for yet another star-studded grand wedding as Mukesh Ambani and Nita Ambani's eldest son Akash Ambani is set to marry diamond merchant Russel Mehta's daughter Shloka Mehta. As many A-listers have flown in to Switzerland to attend the wedding festivities, they are also participating in every function. Aamir Khan joined the two families on stage at the sangeet ceremony last night and it sure looked like a filmy affair. 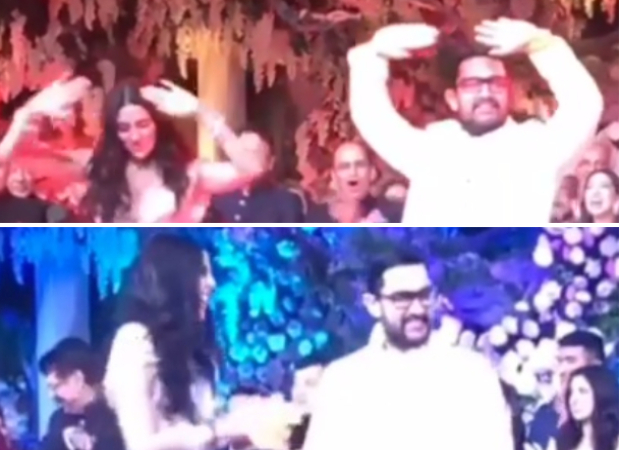 Aamir Khan was seen dancing with the bride Shloka Mehta on 'Aati Kya Khandala' from Ghulam during the sangeet ceremony. He recreated those moves as the bride-to-be Shloka followed him gracefully. The guests were cheering for the two of them while they recreated the signature moves.

Aamir Khan, who is attending the ceremonies with wife Kiran Rao, was seen onstage interacting with Mukesh Ambani and other guests as he was asked to pick a side. Aamir chose to side with the Mehtas as he has been friends with Russel Mehta and Mona Mehta for over 20 years now.

Just a night ago, the guests were entertained during the musical night as the stars of the night Akash Ambani and Shloka Mehta enjoyed the performances by Coldplay and The Chainsmokers.