Soon after the release of Drishyam 2, Bollywood actor Ajay Devgn reported back on the sets of his next film Bholaa in Banaras. From visiting Kashi Vishwanath to enjoying some time with his son Yug, Ajay is keeping his fans posted. While the actor is shooting for the film, it is speculated that his friend and actor Abhishek Bachchan will soon join him to shoot for a cameo in Bholaa. 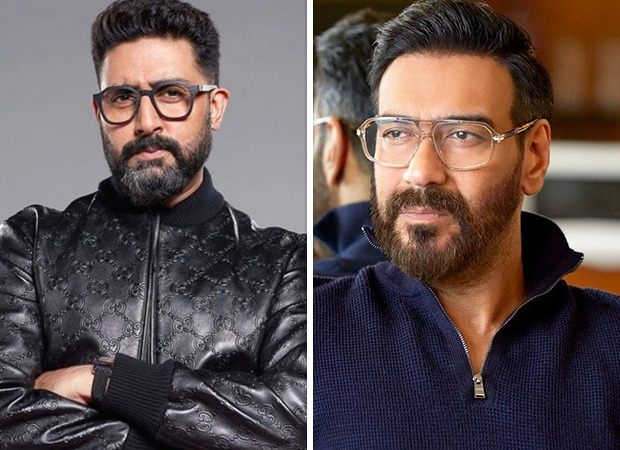 Abhishek Bachchan to play a cameo in Ajay Devgn-starrer Bholaa

If reports making rounds on the internet are something to go by, Abhishek Bachchan will play a cameo in Ajay’s next directorial venture, Bholaa. Though his character details are still under wraps, it is said that he will make a dark and dynamic appearance in the film.

However, it is worth mentioning here that neither Ajay nor Abhishek has made an official announcement confirming or denying the same.

Talking about Bholaa, the upcoming film is a remake of a Tamil-language film, titled Kaithi, which was released in 2019. Directed by Lokesh Kanagaraj, the original film featured Karthi in the lead role. For the unversed, Kaithi is the first part of the filmmaker’s ‘Lokesh Cinematic Universe’, which was established earlier this year in the superhit Kamal Haasan-starrer Vikram. A sequel to Kaithi was announced earlier, however, no further information regarding the same is available, as of now.

On November 22, Devgn dropped the teaser of Bholaa. It starts with a young orphan girl being told that a surprise guest is about to visit her the next day. As she wonders who that might be, glimpses of a prisoner reading the Bhagavad Gita appear. The one-minute-thirty-seconds long teaser also features glimpses of action sequences, particularly one in which Ajay leaps from a running motorbike and onto the hood of a car with a trident in his hand.

Along with Ajay, Bholaa will also feature Tabu in a pivotal role.

Also Read: Ajay Devgn shares a BTS video of him shooting for Bholaa; says, “It’s good when a mob chases you”